How Canadian courts could be influenced by U.K. business interruption test case

A recent British court ruling could be good news for Canadian clients who bought insurance covering business interruption from an occurrence of a notifiable disease within a specified distance of their premises, and who had to close due to the COVID-19 pandemic.

This type of coverage was the subject of a recent ruling from the High Court of England and Wales in a test case launched by the British Financial Conduct Authority.

“We think the analysis of Canadian courts will be similar to what it was in Britain in the FCA test case,” said Eric Charleston, a Toronto-based insurance coverage lawyer with Miller Thomson LLP.

The FCA test case resulted in an eight-day trial held this past July before the High Court of England and Wales, which released its verdict Sept. 15.

The test case involves 21 business interruption policy wordings from various insurers providing commercial coverage in Britain. None of those wordings required physical damage to the premises.

“For the insurers that participated in the test case, to the extent that they are participating in the Canadian market with the same policy wordings, they will likely have to live with the ultimate outcome of the test case. It will be difficult to take an inconsistent position in a Canadian court,” said Charleston.

The FCA sought clarity on whether the disputed wordings provide coverage for BI-related to government orders or advice to shut down a workplace.

Several of the policy wordings provide cover for disease within a certain radius, noted Charleston. 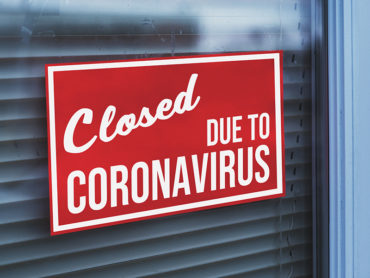 “The most significant part of the ruling regarding the disease clauses is that covered losses can stem from the pandemic as a whole. The court rejected the insurers’ argument that if all you needed to get coverage was one incident in COVID-19 in the radius, that it was not sufficiently related to the harm,” said Charleston.

There were some policies in the FCA test case that the court decided did not cover pandemic. For example, one covered “loss resulting from interruption of or interference with the business in consequence of” any of the several events including “any occurrence of a notifiable disease within a radius of 25 miles of the premises.” With that wording, clients would only be able to recover if they could show that the case(s) within the radius, as opposed to any elsewhere, were the cause of the business interruption, the court ruled.

But the court ruled that most of the disease-radius type policy wordings did cover the circumstances of COVID-19 in Britain.

“The court said that as long as there was an occurrence in the prescribed radius, then essentially the pandemic will have come to the insured’s door and the insured has coverage for that. That is a substantial win for policyholders,” Charleston said in an interview after the verdict was released.

The verdict is only binding in Britain on the eight insurer defendants with respect to the policy wordings considered by the court.

But most Canadian courts use British Common Law, meaning they are sometimes guided by rulings in Britain and other “common law” jurisdictions such as Australia and the United States.

“For insurers that did not participate in the test case but have similar wordings, they should be prepared for Canadian courts to look to the ruling of the British court in the test case,” said Charleston.

Some of the policies in the FCA test case did not have disease radius-type wording but did cover events such as “denial of access.” Some of those clauses could provide coverage, but this depends on the detailed wording of those clauses and how those clients were affected by the authorities’ response, the FCA said noted after the verdict.

The test case is not intended to encompass all possible disputes, nor is it intended to figure out how much is actually payable on those policies.