How does directors’ and officers’ vicarious liability work with franchise corporations?

If your clients are directors and officers of a company that licences its brand to franchisees, can those clients and the owner of the brand be vicariously liable for alleged wrongdoings on the part of franchisees?

It depends in large part on nature of the relationship and the wording of the franchise agreement, a recent Ontario court ruling suggests.

“The classes of relationships that attract vicarious liability are neither exhaustively defined nor closed. The most common are those of employer/employee and principal/agent,” wrote Justice Cynthia Peterson of the Ontario Superior Court of Justice in Jogia v. RE/MAX Ontario, et al., released February 3. 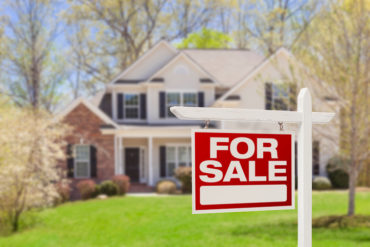 As a result of that ruling, RE/MAX Ontario-Atlantic Canada Inc.  – as well as its chairman (Frank Polzler) and president (Walter Schneider)  – are, in essence, no longer defendants in a lawsuit by a homeowner.

Among other things, Jogia claims the real estate brokers that were using the RE/MAX brand refused to let him cancel the listing agreement when he wanted to. He further alleged those real estate brokers did not devote enough attention to advertising and marketing the properties for sale.  The real estate brokerage disputes most of Jogia’s assertions and none of them have been proven in court. For example, Jogia claims the listing agreement with the RE/MAX franchise was supposed to terminate Apr. 30, 2018 whereas the brokerage says it was supposed to terminate a month later.

Jogia had alleged RE/MAX Ontario, Polzler and Schneider were vicariously liable for the alleged wrongdoings on the part of the brokers with whom he dealt.

The fact that the brokerage is labelled as an independent contractor of RE/MAX Ontario does not in itself determine the relationship between the franchisor and franchisee, Justice Peterson ruled.

But the written franchise agreement said the parties shall not act as agent for one another and the agreement did not create a principal/agent relationship, Judge Peterson wrote.

The RE/MAX franchisees agree to quality control standards, to expect regular inspections of their records, to comply with RE/MAX standards and also agree that they lose their franchise rights if they break any quality control standard or policy directive. But none of this means RE/MAX Ontario actually exercises daily control over franchisees, Justice Peterson found, adding that it is the franchises, not the franchisor, that hires its workers.