How not to handle a lawsuit alleging historical environmental contamination

Brokers wanting to advise commercial clients on pollution liability risk might learn a lesson or two from London Transit Commission v. Eaton Industries (Canada) Company, released this past Friday by the Ontario Superior Court of Justice.

London, Ontario’s city bus service has operated a garage at its main office, on the east side of Highbury Ave., for more than 45 years. From 1949 until 1973, the site was used by Eaton Automotive Products Ltd. to make vehicle parts.

Across the road is land owned by Albert Bloom Limited, which discovered in early 2011 that its own land was contaminated by trichloroethylene – which has been traditionally used by the automotive manufacturing industry as a degreasing agent.

Albert Bloom has sued both London Transit Commission and Ramsden Industries Limited (a nearby property). Allegations against LTC and Ramsden – essentially that contaminants in their soil migrated on to land owned by Albert Bloom – have not been proven in court.

Pollution liability is a major risk for commercial clients for several reasons. Your clients can be responsible for environmental cleanup on their own land or neighbouring properties even if these clients did not cause the pollution. The client can have liability just because they have some sort of ownership or control of the land which was polluted. Moreover, cleaning up polluted land can cost millions. 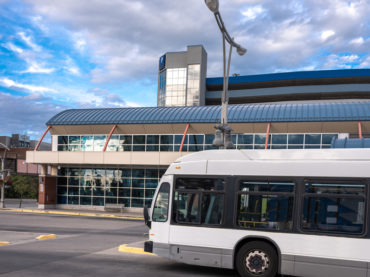 The recent London Transit ruling is not on Albert Bloom’s lawsuit but rather on a third-party claim the transit commission filed against Eaton in 2016. Friday’s ruling dismisses that third-party claim because of the Limitations Act. Justice Alissa Mitchell ruled that it was in May 2013 when the two-year limitations clock started running. That’s when London Transit received its official notice that it was being sued. London Transit argued unsuccessfully that the limitations clock did not start until early 2015, which is when the transit commission got an environmental assessment from its own consultant.

“Despite numerous requests [from Albert Bloom] since 2012, the LTC chose not to begin an investigation of the LTC Property until October 2014,” Justice Mitchell wrote. That happened after the Ontario Ministry of Environment and Climate Change ordered the LTC to start investigating its own property.

“The LTC’s co-defendant, Ramsden, provided an ideal comparison of how the reasonable person in the circumstances and with the abilities of the LTC would conduct themselves with respect to informing themselves and investigating the possible claim,” added Justice Mitchell. “Immediately upon receipt of the environmental reports from the plaintiff in 2011, Ramsden retained an environmental consultant to conduct an investigation of the Ramsden Properties to confirm or refute the reports prepared by the plaintiff’s consultants.”

Ramsden Industries owns land southwest of Albert Bloom, in an industrial area a little over a kilometre southeast of the former Kellogg’s cereal plant. The Albert Bloom property is on southwest corner of Highbury Ave. and Brydges St. The LTC garage is on the southeast corner.

Albert Bloom’s lawyer told the transit commission in 2012 it is claiming the LTC property was the cause of contamination on its property. Also in 2012, LTC received environmental reports from two of the plaintiff’s consultants claiming contaminants could have migrated with ground water west from the LTC garage. It was May of 2013 when LTC was officially served with the statement of claim naming LTC as a defendant.

The following January, the LTC filed a statement of defence denying responsibility for contamination.

“In the alternative, LTC pleads that if the [LTC Property] in any way contributed to the alleged contamination of the [Plaintiff Property], which is not admitted but specifically denied, then it was caused by the prior owner of the [LTC Property], the details of which LTC had no involvement in and has no knowledge of,” the LTC said its defence.

In March, 2016, London Transit filed its third-party claim against Eaton, asking the court to order Eaton to pay LTC $5 million for money LTC anticipates it will need to clean up its own property and surrounding properties. The LTC’s rationale is that if contamination on its land was to blame for polluting Albert Bloom’s land then Eaton, as the owner of LTC’s property until 1973, would be responsible. 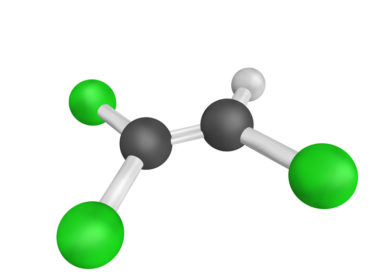 Allegations against Eaton were not proven. In any case, LTC waited too long to sue Eaton.

It was in February 2012 – four years before LTC filed – when LTC was in possession of environmental reports identifying the transit property as a potential source of contamination, Justice Mitchell wrote, suggesting the latest start date, to the two-year limitations clock, was May of 2013 when Bloom served its statement of claim on the LTC.

“A reasonable person standing in the shoes of the LTC would have commenced a third party claim against Eaton to protect itself against potential liability for the claims of the plaintiff,” she wrote.

Section 18 of the Ontario Limitations Act stipulates what must happen if a defendants seeks contribution and indemnity from a third party. The limitation clock normally starts running the day on which the first alleged wrongdoer was served with the claim in respect of which contribution and indemnity is sought. In the case of LTC, it was May 22, 2013 when Albert Bloom served LTC with its statement of claim.

LTC could still make a case that the limitations clock should start running later, Justice Mitchell note. Section 5 of the Limitations Act says, as a general rule, that the clock starts running when the plaintiff first knows or discovers there is a cause for a lawsuit.

“Here, the LTC’s claim against Eaton was rooted in the fact that [Eaton] was a predecessor in title to the LTC Property being the alleged source of contamination – a standard basis for a claim of contribution and indemnity in the context of environmental litigation.”

More News
Related
Who’s liable for what in this $2.2-million fuel oil spill
Could CGL policy have to cover this dry cleaning pollution claim?
How commercial lease terms affect gas bars’ pollution liability
How this dry cleaner got sued over 50-year-old pollution