Judges disagree on whether a sandbar is a highway

The definition of “highway,” which is often debated in coverage disputes, is not as broad as some might think, the Court of Appeal for British Columbia has ruled.

Robert Adam took Insurance Corporation of B.C. to court after he was hit by a vehicle and injured on a sandbar on the Fraser River near Chilliwack.

Adam had parked his truck and camper Aug. 28, 2010 on the Peg Leg sandbar. Adam told the court that while he was resting in his camper, a white jeep pulled up and two young men tried to steal Adam’s cooler. As Adam approached the jeep, it struck him and drove off. 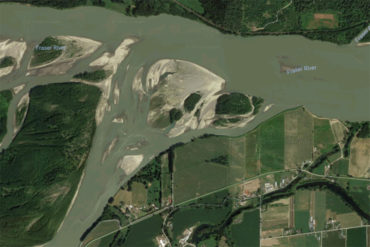 The province’s Insurance (Vehicle) Act lets accident victims name ICBC as a “nominal defendant” if they are injured by an unknown vehicle on a “highway.”

So Adam named “John Doe and/or Jane Doe,” as well as ICBC, in his bodily injury lawsuit. ICBC argued it could not be sued because Adam was not injured on a highway.

In 2016, a judge with the Supreme Court of B.C. ruled against ICBC, finding that the sandbar was in fact a highway.

That ruling was overturned in Adam v. Insurance Corporation, a Court of Appeal for B.C. ruling released Dec. 20.

In its 2016 ruling against ICBC, the trial judge reasoned that the sandbar is used by the general public both as a parking lot and as a way of driving to fishing areas.

A 140-word definition of “highway” – with seven sub-paragraphs – is contained in the provincial Transportation Act. The Motor Vehicle Act also has its own definition of highway.  The Transportation Act stipulates that a highway is “a public street, road, trail, lane, bridge, trestle, tunnel, ferry landing, ferry approach, any other public way or any other land or improvement that becomes or has become a highway” by any of seven means listed in sub-paragraphs.

When it ruled against ICBC in 2016, the Supreme Court of B.C. said the seven sub paragraphs only relate to the words “other land or improvement” and not to “public way.”

But the Court of Appeal cited remarks made in the legislature in 2004 by then-Transportation Minister Kevin Falcon when he tabled the Transportation Act. The new definition stipulates that a public highway “must be established as a highway according to specified methods,” Falcon said. The new highway definition provides “greater clarity and certainty around what a highway is in British Columbia,” Falcon added at the time.

The Transportation Act lists “the only means by which a highway can come into existence in British Columbia,” Judge Anne Mackenzie wrote in the appeal courts unanimous 2018 ruling in favour of ICBC.

Judge MacKenzie cited case history, including Persaud v. Bratanov and Unifund Assurance Co., released in 2012 by the Ontario Superior Court of Justice in 2012. Andrew Persaud was killed in 2008 after he was intentionally hit by a van in a parking lot. Persaud’s family sued the owner of the van, who loaned the vehicle to her grandson. Also suing the owner of the van was Unifund, the Persauds’ insurer. The definition of highway was significant in Persaud because the Ontario Highway Traffic Act makes vehicle owners vicariously liable for the way their vehicle is driven on a highway.

Unifund had argued that a highway includes any place “intended for or used by the general public for the passage of vehicles,” including a parking lot. Judge Kenneth Campbell disagreed, noting the “paramount” use of parking lots are for parking. Judge Campbell cited R. v. Mansour, released in 1979 by the Supreme Court of Canada. Maroun Mansour had been convicted by an Ontario court in1976 of the Criminal Code offence of driving while his licence was suspended. Mansour’s conviction was overturned because he was driving in an apartment parking lot.  The Supreme Court of Canada upheld a Court of Appeal for Ontario finding that an apartment parking lot is not a highway.

In Adam, Judge MacKenzie noted the Peg Leg sandbar in Chilliwack is used by people to park while they camp or fish in the Fraser River.

“The sandbar is not used for the passage of vehicles,” MacKenzie wrote. “The paramount use of the sandbar is for the purposes of fishing or camping. It does not connect two points or lead anywhere.”

“highway” means a public street, road, trail, lane, bridge, trestle, tunnel, ferry landing, ferry approach, any other public way or any other land or improvement that becomes or has become a highway by any of the following:

(a) deposit of a subdivision, reference or explanatory plan in a land title office under section 107 of the Land Title Act;

(b) a public expenditure to which section 42 applies;

(c) a common law dedication made by the government or any other person;

(e) in the case of a road, colouring, outlining or designating the road on a record in such a way that section 13 or 57 of the Land Act applies to that road;

(g) any other prescribed means.