A motorist convicted under the Criminal Code of Canada, of two counts of dangerous driving causing death after a vehicle collision in Kamloops, British Columbia, has lost his fight to have data from a sensing diagnostic module excluded as evidence on constitutional grounds.

On March 20, 2010, Wayne Fedan “lost control of his 2004 GMC Sierra 2500 pick-up truck when he attempted to negotiate a counter-clockwise curve in a residential area of Kamloops, B.C.” wrote Madam Justice Daphne Smith of the B.C. Court of Appeal, in a decision released Jan. 25. “At the time, he was driving at a speed in excess of the municipal speed limit of 50 km/hour and in excess of the critical curve speed of 79 km/hour (the speed above which a vehicle will slide out of its path of travel).”

His passengers were Brittany Plotnikoff – who was ejected from the vehicle and died at the scene – and Kenneth Craigdallie, who was injured and died in hospital. 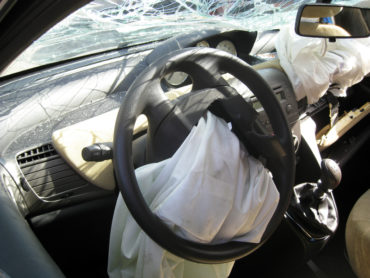 Fedan’s truck was seized without a warrant. Police later obtained a warrant for several items, including blood, DNA, fingerprints, personal effects and documents. The police did not obtain a warrant for the sensing diagnostic module, installed by the manufacturer.

The SDM is “an electronic device that is bolted to the floor underneath the driver’s seat,” Justice Smith wrote in January. “Its primary function is to fire the airbags upon a ‘deployment event’ (e.g., a collision) or a ‘near-deployment event’ (e.g., a sudden deceleration in speed). Its secondary function is to capture limited data with respect to the speed, throttle, and braking of the vehicle in the five seconds before an event or near-deployment event. It does not capture any other data, nor can data be inputted into the SDM or be changed. The data also can only be imaged with highly specialized equipment that is generally not in the possession of the ordinary driver.”

In 2014, Madam Justice Deborah Kloegman of the Supreme Court of B.C. (who found Fedan guilty of dangerous driving) held a voir dire on the admissibility of the SDM data.

Fedan had been acquitted – of impaired driving causing death – after results from a blood test, taken at the hospital after the accident, were excluded as evidence. Prior to taking the blood sample, police “took no steps to facilitate the accused’s access to counsel,” Justice Kloegman wrote in 2014.

The data taken from the SDM indicated that Fedan’s truck reached a speed of more than 106 km/h one second before the accident. Fedan had argued that the “warrantless seizure of the SDM and the search of its data was unreasonable,” and that it violated his right – under Section 8 of the Canadian Charter of Rights and Freedoms – to be secure against unreasonable search and seizure. Fedan sought an order for a new trial or, alternatively, a judicial stay of proceedings.

Justice Kloegman ruled against Fedan, finding that he had “not established any subjective expectation of privacy over the SDM or information contained therein.”

In its unanimous ruling, the B.C. Court of Appeal ruled that Fedan’s Charter rights were not violated. Concurring with Justice Smith were Mr. Justice David Frankel and Mr. Justice John Savage.

On April 21, 2016 Fedan applied for leave to appeal to the Supreme Court of Canada, which announced July 14 it dismissed Fedan’s leave application.

“Although the threshold for establishing a subjective expectation of privacy is not high, this is not a situation where I can presume it existed,” Justice Kloegman wrote in 2014. “SDMs are a relatively new feature of motor vehicles and it is unlikely that the majority of drivers even know their vehicle is equipped with one or what it does. An SDM cannot be accessed without special knowledge, it does not operate without a triggering impending collision, and the information recorded therein needs to be interpreted by special software that is unlikely to be in the possession of most people.”

In ruling against Fedan, the B.C. Court of Appeal cited several previous rulings, including a 2009 decision by the Supreme Court of Canada against Russell Stephen Patrick, who was convicted of unlawfully producing, possessing and trafficking in a controlled substance.

As a result, police obtained “torn-up papers containing chemical recipes and instructions, gloves, used duct tape, paper towel sheets, packaging for rubber gloves, packaging for a digital scale, a product card for a vacuum pump, a balloon, a receipt for muriatic acid and an empty clear plastic bag with residue inside.” Some of those items “were found to be contaminated with ecstasy.”

Patrick argued at trial that his constitutional right to be secure against unreasonable search and seizure was violated. The trial judge ruled against Patrick and so did the Alberta Court of Appeal and the Supreme Court of Canada.

“Abandonment occurred” when Patrick “placed his garbage bags for collection in the open container at the back of his property adjacent to the lot line,” Mr. Justice Ian Binnie wrote on behalf of the majority of the Supreme Court of Canada in 2009. “He had done everything required of him to commit his rubbish to the municipal collection system. The bags were unprotected and within easy reach of anyone walking by in a public alleyway, including street people, bottle pickers, urban foragers, nosey neighbours and mischievous children, not to mention dogs and assorted wildlife, as well as the garbage collectors and the police …”

Justice Binnie wrote on behalf of himself and five of the other judges hearing the appeal. The seventh judge, Madam Justice Rosie Silberman Abella, concurred but for different reasons.

“The question is whether the appellant had, or is presumed to have had, an expectation of privacy in the information content of the bags,” Justice Binnie wrote in Patrick. “In the case of information about activities taking place in the home, such an expectation is presumed in the appellant’s favour. It is possible that the appellant (who did not testify on this point) may never have ceased to have a subjective expectation, reasonable or not. The ‘reasonableness’ of an individual’s belief in the totality of the circumstances of a particular case is to be tested at the second objective branch of the privacy analysis.”