A vehicle accident victim is getting a new hearing after Saskatchewan’s appeal court found a tribunal erred in law by disregarding evidence related to the claimant’s accident-related inability to work.

The Court of Appeal for Saskatchewan unanimously ruled the July 2017 decision of the Automobile Injury Appeal Commission was “bereft of a substantive analysis of the most material evidence that bore on [Gilles] Cop’s claims to benefits between the date of the accident and the date of the hearing.” 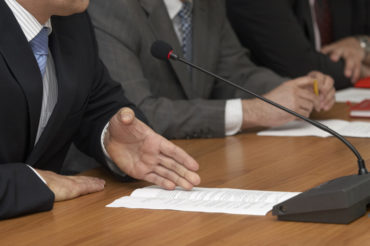 In particular, the commission disregarded evidence “that bore directly on the question of whether on day 91 after the accident, and for a presently undetermined time following that day, Mr. Cop was unable to return to his pre-accident employment as a result of the injuries he suffered in the accident,” wrote appeal court Justice Robert Leurer in the Aug. 2, 2019 ruling.

Cop appealed the decision to the commission, saying he had been unable to continue the full-time employment he previously held, which included operating a mixed grain and cattle farm and creative work as an author, playwright and voice actor.

In its 2017 decision, the commission accepted evidence from SGI’s medical examiner, Dr. J. Alport, that “fractured sternums can be quite painful, but in all likelihood, he should have returned to heavy work in approximately 91 days (minimum 42 says, maximum 119 days)… I’ve provided this statistic for your interest – there isn’t any evidence he missed work at all following the accident.” The opinion had been provided by Dr. Alport in 2010 after a file review of Cop’s medical records then in possession of SGI.

The commission characterized Dr. Alport’s opinion to be that Cop wouldn’t be able to do heavy work, such as farm labour, for a period of 90 days following the accident. The unstated further conclusion was that on day 91 following the accident, Cop was able to return to his pre-accident full-time employment, Leurer wrote in the appeal court decision.

“Although this further conclusion was left to implication, since it is a necessary precondition to the commission decision, I accept it to be a finding of fact made by the commission,” Leurer wrote. “In my respectful view, the finding of fact by the Commission that on day 91 following the accident Mr. Cop was able to return to his pre-accident full-time employment evinces error of law on the part of the Commission.”

Leurer also pointed to the statement by Dr. Alport that there wasn’t any evidence Cop missed work at all following the accident. “Whatever was known to SGI in 2010 when Dr. Alport prepared his report, by the time of the hearing before the commission, there was evidence that Mr. Cop had missed work following the accident,” Leurer wrote. “There was evidence that strongly suggested Mr. Cop’s accident-related disabilities continued well after the 91-day period Dr. Alport referred to as the likely date by which Mr. Cop ‘should have’ returned to work.”

It was not incumbent on the commission to accept this evidence, but it was required to take it into account when making its decision and its failure to do so constitutes an error of law, the appeal court said. The commission also did not consider testimony that directly contradicted the assumption that Cop did not miss work post-accident.

“For example only, Dr. Alport does not refer to contemporaneous medical records that show that on December 12, 1999 (almost 300 days post-accident), Mr. Cop reported the existence of ‘numerous aches and pains all over [his] body, particularly sternum, which was fractured in MVA,’” Leurer wrote. “The Commission did not attempt to square how the 91-day period within that Dr. Alport stated ‘in all likelihood, [Mr. Cop] should have returned to heavy work’ sits with the evidence that, 200 or so days after the accident, Mr. Cop had sold his cattle herd and had quit farming because his injuries prevented him from continuing as a farmer.

“The failure of the commission to have regard for evidence relating to Mr. Cop’s accident-related inability to work requires that there be a new hearing into all aspects of Mr. Cop’s claim.”

The case was remitted back to the commission for a new hearing.