The Court of Appeal for Ontario recently ruled against State Farm Mutual Automobile Insurance Company when it found that a municipality that fails to enforce a bylaw stipulating taxi insurance does not owe a duty of care to parties injured in a collision with an underinsured taxi.

Court records indicate that on June 19, 2008, Sheileena Mallette was driving east on County Road 43 in Kemptville, about 50 kilometres south of Ottawa. A car driven by Shirley Carne came to a stop in the westbound line behind a car waiting to turn right. Carne’s vehicle was rear ended by a taxi driven by Clayton Typhair. The cab was owned by 2043063 Ontario Ltd. and carrying on business as Aces Taxi.

“Following the accident, it was discovered that Aces Taxi’s policy of insurance included third party liability coverage up to a maximum of $200,000,” wrote Mr. Justice Stanley Kershman of the Ontario Superior Court of Justice, in a ruling released Oct. 27, 2014. The Municipality of North Grenville’s bylaw required $1 million in liability coverage. 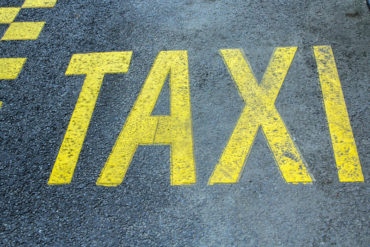 Mallette and her passenger, Kaitland Vlanich, sought to recover from the OPCF-44R family protection endorsement of the auto insurance policy of Sheila Mallette, the mother of Sheileena Mallette. That policy was written by State Farm.

In June, 2010, Sheileena Mallette sued Typhair, Aces Taxi, Carne and State Farm. The claim against Carne was dismissed. Mallette’s claim was later amended to add the Township of North Grenville as a defendent. Another passenger advanced his own claim.

In December, 2010, State Farm issued a third-party claim against the Township, alleging that the municipality is “liable for any damages caused to the residents of the Township, and specifically to the plaintiffs, for up to $800,000,” Justice Kershman wrote. “This amount represents the difference between the coverage the taxicab company had and the coverage it would have had if the Township had not been negligent in enforcing its bylaw.”

Ultimately, Justice Kershman found that the township had a duty of care but did not breach that duty of care.

He ruled that the plaintiffs “will have to look to State Farm for the coverage shortfall of $800,000” pursuant to their family protection endorsement.

State Farm appealed. In a ruling released June 29, 2016, the Court of Appeal for Ontario also ruled against State Farm but found that Justice Kershman erred in finding that the township owed a duty of care.

“Although courts have the power to recognize novel claims, the suggestion that a licencing authority should be liable for economic losses arising from the tortious conduct of non-compliant third-party licensees strikes me as extraordinary,” wrote Mr. Justice John Sharpe of the Court of Appeal for Ontario.

“A public authority administering a licencing scheme owes a general duty to the ublic at large to ensure compliance with the regulatory scheme,” Justice Sharpe wrote. “However, that general public duty is not equivalent to a private law duty of care. Without ‘something more,’ licencing a third party does not create a ‘close and direct’ relationship capable of giving rise to a duty of care between a public authority and an individual member of the public who may interact with a licensee.”

Court records indicate that on June 2, 2008 Aces Taxi owner Dave Sutherland signed an application to renew its taxi license, declaring, among other things, that there were “no significant changes” that would affect his “viability” to hold a municipal taxi license.

“At the bottom of the form, it asks for proof of insurance,” Justice Kershman wrote. “The un-contradicted evidence before the Court is that a ‘pink slip’ was provided by Mr. Sutherland, which was issued by his new insurer. While the pink slip shows that Aces Taxi had insurance in relation to its vehicles, the pink slip did not provide any information as to the insurance policy limits or third party liability coverage.”

A previous policy had been cancelled, effective Dec. 8, 2005, for non-payment of premium.

Justice Kershman added that Sutherland “said he signed the form without really reading it; therefore he did not understand what insurance he had.”

The Court of Appeal for Ontario dismissed State Farm’s appeal, with costs to the Township fixed at $12,500 inclusive of disbursements and taxes, payable by State Farm.

“The injured plaintiffs have the benefit of the standard OPCF 44R Family Protection Coverage endorsement,” Justice Sharpe wrote. “While that endorsement is not imposed as a matter of law, insurers like State Farm are legally required to make it available to afford protection against the risk of uninsured or underinsured at-fault drivers. The injured plaintiffs have the protection of that endorsement and it would not be sound policy to afford State Farm a remedy to recoup the loss it agreed to cover.”