Pollution exclusion means no coverage for this dry cleaner defendant

A Vancouver-based dry cleaners that wanted to make a pollution-related claim with the two insurers, under commercial general liability policies, cannot appeal the coverage dispute to the Supreme Court of Canada, the top court announced Thursday. 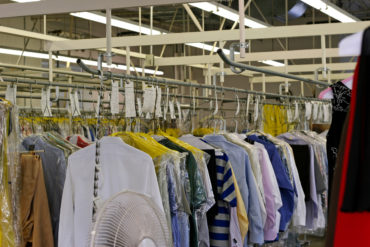 West Van Holdings is the corporate owner of West Van Lions Gate Cleaners Ltd., which has been in business since 1976.

Neighbouring property owners filed a lawsuit in 2014 against West Van alleging that dry-cleaning chemicals and petroleum products entered groundwater and soil. An auto repair business has been on the same site until 1999. Allegations against West Van have not been proven in court.

The outcome of Thursday’s Supreme Court of Canada decision not to hear an appeal mean that neither Economical nor Intact have to cover West Van’s liability claim.

CGL policies from both insurers exclude liability for bodily injury or property damage “arising out of the actual, alleged or threatened discharge, dispersal, release or escape of pollutants … at or from premises owned, rented or occupied by an Insured.”

Despite the wording, the B.C. Supreme Court originally sided with the client in the coverage dispute.

Justice Joyce DeWitt-Van Oosten found that the wording does not make it clear that coverage is excluded for liability arising from pollutants that were used before West Van and Lions Gate owned the land or operated the businesses.

But the B.C. Court of Appeal found the policies unambiguously excluded the pollution liability that West Van was exposed to.

On July 4, 2019, West Van filed for leave to appeal to the Supreme Court of Canada. All material on leave filing were in by Dec. 12.

Decisions on leave applications normally do not include reasons and this was the case for West Van.