A priority dispute between Ontario auto insurers over who should pay accident benefits to a mechanic injured while test-driving a customer’s car could be headed to Canada’s highest court.

Auto repair shop owner Jing Hua Fan was hurt in 2011 while test-driving a customer’s vehicle. He claimed accident benefits with The Dominion of Canada General Insurance Company (acquired in 2013 by The Travelers Companies Inc.), which wrote a garage policy of insurance.

The Dominion said Unifund Assurance Company, which insured Fan’s own personal vehicle, should be the insurer that pays Fan’s accident benefits.

In the meantime, The Dominion was paying Fan’s accident benefits because Ontario has a pay-first-dispute-later system. This means that whichever insurer gets an accident benefits claim must normally adjust (and pay benefits on) that claim, and then recoup from the other insurer if it is later ruled that the other must pay. 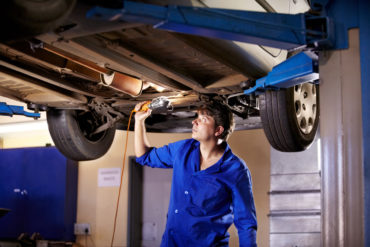 Arbitrator Shari Novick disagreed, in a ruling released Oct. 20, 2015. As a result, Novick ruled that The Dominion could still proceed with its priority dispute. That ruling was reversed in 2016 by Justice Mario Faieta of the Ontario Superior Court of Justice, but later restored by the Court of Appeal for Ontario in a ruling released March 27, 2018.

In overturning Novick’s initial arbitration ruling, Justice Faieta found it is not accurate to say the drafters of Ontario’s auto insurance law “did not intend for a timeline to apply because none is expressly provided.” Otherwise, Justice Faieta reasoned, it leads to “an absurd consequence.” The right of a claimant to participate in a priority dispute is meaningless if the claimant “is unaware of the dispute until after the one-year time limit on initiating arbitration of the dispute has passed,” Faieta  wrote.

But in The Dominion’s case, the claimant did find out about the priority dispute before the arbitration hearing started, Justice Katherine van Rensburg of the Court of Appeal for Ontario noted. In restoring the arbitrator’s original ruling, the Court of Appeal for Ontario ruled that Justice Faieta erred in applying a “correctness” standard of review rather than a “reasonableness” standard to the arbitrator’s ruling. For example, a court would not overturn a decision if is “reasonable” for the lower-court judge to have drawn that particular conclusion.