Quebec’s Farm Income Stabilization Insurance, which protects producers against market and production cost fluctuations, is not actually a contract of insurance under the province’s Civil Code, the Supreme Court of Canada has ruled. 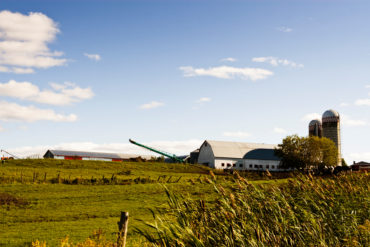 “Complementary to the AgriStability and AgriInvest programs, ASRA pays compensation when the average selling price is lower than the stabilized income. The stabilized income is based on the production cost of specialized farm businesses.”

In two separate proceedings, producers took La Financière agricole to court arguing that ASRA “had to be characterized as a contract of insurance within the meaning of the Civil Code of Québec.”

In one proceeding – cited as Lafortune v. Financière agricole du Québec – hog and piglet producers “contested the value of the compensation they had received from La Financière under the ASRA Program for the years from 2006 to 2008.”

ASRA “is designed to protect participants who are producers of 10 products or classes of products designated as ‘insurable’, including hogs and piglets, from having their income drop below a level defined in advance,” the Supreme Court of Canada noted.

In Ferme Vi-Ber, the Quebec Superior Court ruled against Financière agricole, a decision overturned on appeal. The majority of Supreme Court of Canada judges hearing the appeal upheld the Quebec Court of Appeal’s ruling.

In Lafortune, the Quebec Superior Court ruled in favour of Financière agricole. That ruling was upheld both by the Quebec Court of Appeal and the Supreme Court of Canada.

In both appeals, the producers essentially argued that ASRA is a contract of insurance and that in interpreting that contract, the court must take into account the reasonable expectations of the producers.

The ASRA program “does not have the three main characteristics of a contract of insurance” set out set out in the Quebec Civil Code, wrote Mr. Justice Richard Wagner and Mr. Justice Clément Gascon on behalf of the majority of the Supreme Court of Canada, in the English translation of its decision in Ferme Vi-Ber.

Madam Justice Suzanne Côté dissented in part, ruling that La Financière agricole’s decision “prevented many participants from receiving the full compensation to which they were entitled under the ASRA Program.”

The majority quoted from Droit des Obligations, a book by University of Montreal law professors Didier Lluelles and Benoît Moore.

In the case of ASRA, there may be cases “where the ‘risk”‘ (net annual income of the benchmark farm less than the stabilized net annual income) does not occur for a certain period and the amounts paid into the fund are sufficient to ensure its sustainability, that no contributions are made in respect of a designated product,” wrote Justices Wagner and Gascon. “For example, no contribution was required from ASRA Program participants in 2003 in respect of potatoes.”

However, the “principle of mutuality” means that “the contract of insurance concept presupposes that the client continues to be a debtor in respect of the premium even if the risk does not occur,” the court added.

“What is described here as a risk is actually based on the net annual income of the benchmark farm, which La Financière calculates itself in exercising its broad discretion,” they added. “La Financière therefore exerts control over the occurrence of the ‘risk’ when it adjusts and fixes the net annual income on the basis of statistical studies or of ‘other data it deems relevant’ ….. In this sense, the occurrence of the ‘risk’ under the program depends on the will of La Financière.”

But quoting from Droit des Obligations, Justices Wagner and Gascon added “it is well established that the occurrence of the risk under a contract of insurance must be ‘an event that is uncertain and does not depend exclusively on the will of the parties.'”

The appellants in the Lafortune ruling took issue with a report – commissioned by La Financière agricole to Groupe de recherche en économie et politique agricole (GREPA) – on production costs for hogs and piglets. The argued in court that the GREPA report was “scientifically flawed” and therefore “did not meet their reasonable expectations.”

But the Supreme Court of Canada ruled there was “no need for a contractual interpretation exercise” in Lafortune because the “provisions relevant to the case are unambiguous.”

The legal standards in that case were “good faith and contractual fairness,” the court found.