MONTREAL – The Quebec government has agreed to compensate motorists who were trapped for hours on a major Montreal highway in March 2017 following a massive snowstorm.

Lawyers representing plaintiffs in a class action lawsuit said today they reached an out-of-court deal with the province.

The class action will continue against the city of Montreal, whose lawyers have so far refused to negotiate. 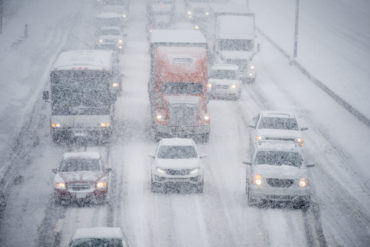 People who were trapped in their cars for four hours or less will receive $350 from the provincial government. The payments increase according to the amount of time people were stuck, rising to $1,100 for drivers and passengers who spent 10 hours or more in their vehicles.

Children aged under 12, seniors over 75, pregnant women and people with medical conditions will receive bonuses worth 25 per cent of the payment.

Roughly 2,500 people have so far registered to take part in the class action. The agreement with the Quebec government needs to be authorized by the Superior Court before plaintiffs can be compensated.

A storm that began on the evening of March 14, 2017, dropped more than 35 centimetres of snow on the city overnight, stranding hundreds of motorists on Highway 13, some of whom had to stay in their cars until the morning. The government later acknowledged that emergency services were badly managed that night.