WASHINGTON – The United States Supreme Court on Monday rejected challenges to the estimated $1 billion plan by the NFL to settle thousands of concussion lawsuits filed by former players, clearing the way for payouts to begin to those who have been diagnosed with brain injuries linked to repeated concussions.

The settlement covers more than 20,000 retired NFL players for the next 65 years. The league estimates that 6,000 former players, or nearly three in 10, could develop Alzheimer’s disease or moderate dementia.

“This decision means that, finally, retired NFL players will receive much-needed care and support for the serious neurocognitive injuries they are facing,” said Christopher Seeger, a lawyer for the retired players. “These courageous men and their families, who in the face of great adversity took on the NFL, have made history. Despite the difficult health situations retired players face today, and that many more will unfortunately face in the future, they can take comfort in the fact that this settlement’s significant and immediate benefits will finally become available to them and last for decades to come.” 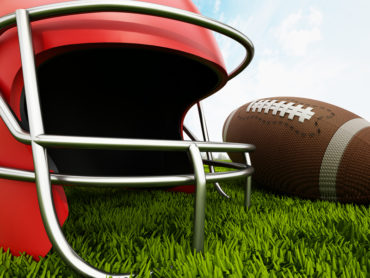 The player lawsuits accused the NFL of hiding what it knew about the link between concussions and chronic traumatic encephalopathy, the degenerative brain disease found in dozens of former players after their deaths. The deal avoids the need for a trial and means the NFL may never have to disclose what it knew and when about the risks and treatment of repeated concussions.

In a statement, NFL spokesman Brian McCarthy said the league was pleased with the decision.

“We look forward to working with class counsel and Judge (Anita) Brody to implement the settlement and provide the important benefits that our retired players and their families have been waiting to receive,” McCarthy said.

The settlement awards up to $5 million for those with Lou Gehrig’s disease, also called amyotrophic lateral sclerosis, or ALS; $4 million for past CTE deaths; and $3.5 million for advanced Alzheimer’s disease. The average payouts would be closer to $190,000.

Critics complained that the settlement approved by Brody, a senior U.S. district judge in Philadelphia, does not cover future CTE cases. The lead negotiators said they instead set aside compensation for treatment for some CTE symptoms. That does not include the depression, aggression and mood swings reported by some former players who experienced repeated concussions.

As part of the settlement, the NFL admitted no fault. Although a league official during congressional testimony acknowledged a link between football and CTE, an appeals court said that admission was not grounds to overturn the settlement.

“This settlement will provide significant and immediate relief to retired players living with the lasting scars of a NFL career,” 3rd U.S. Circuit Court of Appeals Judge Thomas L. Ambro wrote for the unanimous three-judge panel in April. “We must hesitate before rejecting that bargain based on an unsupported hope that sending the parties back to the negotiating table would lead to a better deal.”

Players’ lawyers who negotiated the deal with the NFL, and stand to split $112 million in fees, say the settlement will help families get needed financial awards or medical testing that might take years if the case went to trial. “

Compensation for players who are coping with these (neurocognitive or neuromuscular) symptoms now is surely preferable to waiting until they die to pay their estates for a CTE diagnosis,” Ambro wrote.

Brody approved the deal last year after twice sending it back to lawyers over concerns the fund might run out. Individual players could receive up to $5 million in the case of severe brain trauma, which could put NFL payouts over 65 years, including interest and lawyer fees, at more than $1 billion.