The Supreme Court of Canada has agreed to hear a dispute that will determine whether a Lloyd’s insurer may recover some of the claim money it paid out arising from a $5.6-million cargo ship loss on the St. Lawrence River. 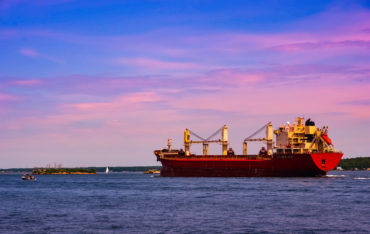 Transport Desgagnés received $4.7 million in coverage from insurers including Lloyds Underwriters and Aim Insurance (Barbados). Lloyds is a party to the lawsuit, in the hopes of recovering at least some of the money it paid out on the insurance claim.

The main issue the Supreme Court of Canada has to decide is whether the federal maritime law or the Civil Code of Quebec applies to the dispute. If federal law takes precedence over the Civil Code of Quebec, then a contract limiting the manufacturer’s liability is enforceable and the insurer cannot recover from Wärtsilä Group the payment it made to the ship owner.

Wärtsilä had made a reconditioned crankshaft for the Camilla Desgagnés. The crankshaft was put in the vessel at Halifax in 2007. Among the plaintiff’s allegations were that a “latent defect” in the parts caused the failure.

A contract between the shipping firm and the manufacturer states that a warranty for parts runs for six months from the time that the ship is returned to service. It also limits the manufacturer’s liability to 50,000 euros (Cdn $79,000). The contract was signed in Montreal.

Transport Desgagnés argued that under Quebec’s Civil Code, the limitation of the manufacturer’s liability does not apply under these circumstances. Justice Marie-Anne Paquette of the Superior Court of Quebec, District of Montreal agreed, ruling in favour of Transport Desgagnés in 2015. On this basis, the shipping company was entitled to the $4.7-million coverage amount.

But the ruling was overturned on appeal in 2017. As it stands, the manufacturer only owes 50,000 euros.

Transport Desgagnés applied for leave to appeal to the Supreme Court of Canada, which announced July 19, 2018 that it will hear the shipping firm’s appeal.

Under Quebec law, in the case of a latent defect, a professional seller or manufacturer “cannot rely on a limitation of liability clause, unless they rebut the presumption of knowledge and bad faith,” Justice Paquette wrote for the the lower court. Quebec law stipulates that a seller “may not exclude or limit his liability unless he has disclosed the defects of which he was aware or could not have been unaware.”

Paquette added that federal maritime law does not apply. That’s because the 1867 Constitution Act, formerly known as the British North America Act, gives the federal government powers or navigation and shipping, but the provinces jurisdiction over property and civil rights.

At the Quebec Court of Appeal, two out of three judges hearing the case ruled that federal navigation law does in fact apply here, and that the limitation of liability clause is valid. “The repair and supply of engine parts to a ship is intrinsically related to its seaworthiness and therefore directly and integrally connected to navigation and shipping,” Justice Robert Mainville of the Quebec Court of Appeal wrote in the divided ruling.

The majority reasoned that common law, not Quebec’s Civil Code, applies in this case. Under common law, when there is a latent defect in a product, the “onus is on the buyer to prove that the latent defect was known to the seller or that the seller showed reckless disregard for what it should have known,” Justice Mainville wrote.

Transport Desgagnés “bargained for what it got and clearly accepted the allocation of risks set out under the contract terms,” Justice Mainville wrote. “It cannot now rely on the courts to reallocate those risks in its favour. Between commercial parties, pricing and costs (notably insurance costs) are driven in part by the allocation of risks, and it is not the function of the courts to transfer such risks from one commercial party to the other when they have themselves allocated it.”

Transport Desgagnés, Justice Mainville added, “was free to secure an alternative supplier, was free to install a new engine rather than a reconditioned one, and could have negotiated otherwise the allocation of risks, as it did with the warranty provisions of the contract.”