If a restaurant loses business because it served meat from a batch later discovered to be unsafe, is the supplier of that meat liable, in tort, to the restaurant for its economic loss due to a tarnished reputation?

Some Maple Leaf Ready-to-eat meat products tested positive for listeriosis in 2008. A recall ensued, a Toronto plant was temporarily shut down, more than 50 people got seriously ill and 22 died. 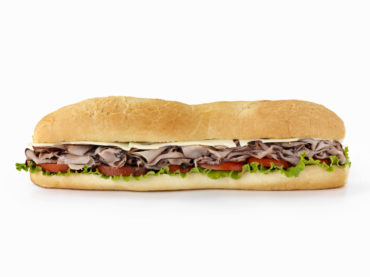 Mr. Sub had been using Maple Leaf meats in some of its sandwiches. There is no evidence that any customer of Mr. Sub was harmed by any contaminated product, but a franchisee alleges that some consumers decided not to buy Mr. Sub products because of the listeriosis outbreak.

In 1688782 Ontario Inc. v. Maple Leaf Foods Inc., released in 2016, Justice Lynne Leitch of the Ontario Superior Court of Justice certified a class action lawsuit by Mr. Sub franchisees. That did not mean Maple Leaf was necessarily liable or owed damages. It just meant a class-action lawsuit could proceed in Ontario.  The numbered company is the representative plaintiff that owns a Mr. Sub franchise. Allegations by the plaintiff have not been proven in court.

It is alleged that some consumers would come into Mr. Sub restaurants, ask whether the store carried Maple Leaf products and then leave without buying sandwiches.

Maple Leaf Foods appealed the 2016 ruling and was mostly successful. In its unanimous ruling released April 30, 2018, the Court of Appeal for Ontario found that Maple Leaf Foods did not have a duty of care to Mr. Sub franchises owners to protect their reputations. This means plaintiffs could not be awarded damages for economic losses arising from the reputational harm. The only damages they could potentially get would be limited to things like clean-up costs as well as costs related to the disposal, destruction and replacement of the meat. But the franchisees are also seeking damage awards for lost sales, loss of past and future profits, loss of goodwill and loss of the capital value of their franchise and businesses.

The Supreme Court of Canada has not released a decision on whether it will uphold the Court of Appeal for Ontario ruling or restore the original 2016 Superior Court of Justice ruling that paved the way for the plaintiffs to potentially get damages for economic losses.

Maple Leaf is arguing that the representative plaintiff chose not to buy protection, such as recall insurance or contingent business interruption insurance.

None of the contractual obligations required Maple Leaf to bear the loss of reputation of Mr. Sub franchisees, said Elizabeth Bowker, a Stieber Berlach LLP lawyer representing Maple Leaf, during the hearing Tuesday.

“This is something that the parties in the commercial situation have chose not to allocate by contract. In this case tort law should not try to fill in the gaps,” said Bowker. “Tort law should not be used as an after-the -fact insurer to protect parties who chose to enter these contracts.”

Waivers of liability can protect parties in a situation like this, Maple Leaf argued in its factum.

Although Maple Leaf had a contractual obligation to supply meat safe for human consumption, the purpose of that obligation was to ensure that customers would not get sick, not to protect the reputational interests of the franchisees, Justice Michal Fairburn wrote for the Court of Appeal for Ontario in its unanimous 2018 ruling.

The plaintiff is arguing that previous court rulings have set a precedent for awarding damages – for business interruption and reputational harm – based on negligence on the part of a defendant. So if a manufacturer supplies dangerous products, that manufacturer can be held liable for someone’s consequential economic losses, the plaintiff  argues.

The following question was put to the Supreme Court of Canada: can a food products manufacturer be held liable to restaurant franchisees – as a class of suppliers – for reasonably foreseeable economic losses arising out of negligent supply of dangerous products?

A separate lawsuit by Mr. Sub, as franchisor, was settled.

Maple Leaf also reached a $25 million settlement – in 2008 – with people who consumed or purchased for consumption the meat that was subject to recall.

In 2008, Mr. Sub was among the fast food chains identified to the public as selling food produced by Maple Leaf. The meat they used was recalled after the listeria contamination was discovered.

Although several restaurant chains were identified in the media in 2008 as selling Maple Leaf meats, the plaintiffs say Mr. Sub was the only submarine sandwich restaurant chain.

Among the Supreme Court of Canada decisions cited by the plaintiff were Rivtow Marine Ltd. v. Washington Iron Works, released in 1973 and Winnipeg Condominium Corporation No. 36 v. Bird Construction Co., released in 1995.

Winnipeg Condominium arose in 1989, when about 20 feet of cladding fell from a 15-storey apartment building that was originally built in 1972.

The Manitoba Court of Appeal had ruled that the money the condominium corporation spent to repair its building were pure economic loss and not recoverable against the original general contractor in tort. That ruling was overturned by the Supreme Court of Canada, which ruled that a construction contractor can be held liable, in tort, for the cost of repairing dangerous defects in a building and making a building safe. That duty of care does not arise from the original construction contract, the Supreme Court of Canada ruled.

Rivtow arose in British Columbia in the mid-1960s, when a company that chartered a barge to haul logs sued the manufacturer of cranes that turned out to be defective. The barge had to be taken out of service for repairs during logging season.

In dissenting reasons in Rivtow, Justice Bora Laskin of the Supreme Court of Canada would have found a manufacturer liable for the cost of repairing the defective article, even if it did not actually cause physical harm.

Quoting Justice Laskin’s reasons in Rivtow, the Mr. Sub franchisee says a plaintiff should be able to recover for economic loss when there is a threat of physical harm and the plaintiff is in a class of threatened parties. This, the plaintiff suggests, is good public policy. The line of reasoning is that if a manufacturer is forced to bear such a risk, the manufacturer will be more likely to safeguard the members of the public to whom their products are marketed if they must stand behind them as safe products to consume or to use.