If you place pollution liability coverage, you could be hearing from banks and lenders concerned about oil and gas producers potentially going bankrupt.

Inquiries about environment impairment liability are on the rise for at least one major Canadian brokerage following last year’s Supreme Court of Canada ruling arising from the bankruptcy of Redwater Energy Corp.

Stewart Halstead, Calgary-based vice president of energy at BFL Canada, told Canadian Underwriter he has noticed an increase in inquiries since the release nearly 13 months ago of Orphan Well Association, et al. v. Grant Thornton Limited, et al., a divided Supreme Court of Canada ruling on the inter-play between provincial regulations and federal bankruptcy law. As a result of Orphan Well, a trustee in bankruptcy cannot “walk away” from a bankrupt company’s oil and gas wells, or the environmental liabilities associated with them. 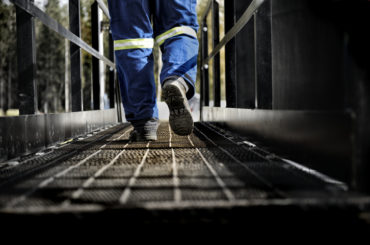 “The uptick in environmental impairment liability requests is significant, and it’s not just the energy companies,” Halstead said in an interview. “It’s actually the lenders and the banks that are reaching out to us and wanting to be connected more to the insurance community about how (commercial pollution liability) policies would respond.”

BFL was not a party in Orphan Well. Halstead was interviewed about the impact to brokerages on a reported increase in 2019 of bankruptcies in the oil and gas sector.

In 2015, Grant Thornton was appointed trustee in bankruptcy to Redwater. That meant Grant Thornton’s job was to figure out how to take existing Redwater assets do its best to repay creditors (including ATB Financial, which was owed $5.1 million) of Redwater. At the time, Redwater had 84 oil and gas wells in Alberta. Grant Thornton told the Alberta Energy Regulator it would only take possession and control of Redwater’s 17 most productive wells, three associated facilities and 12 associated pipelines. AER took issue with Grant Thornton’s attempt to disown unproductive wells, and wanted to issue abandonment and remediation orders. AER took Grant Thornton to court an initially lost. The Court of Queen’s Bench of Alberta agreed with Grant Thornton that provincial regulations were in conflict with federal bankruptcy law, a ruling upheld  by the Alberta Court of Appeal but overturned by the Supreme Court of Canada.

Related: How environmental liability ruling could affect other insurance lines

The outcome is a concern to banks and lenders who could potentially get nothing – or less than it otherwise would have – from a bankrupt energy company if its remaining assets must be used to comply with orders from provincial regulators.

“They are looking to develop their own proprietary policies specific to the energy sector. Then they would mandate that their clients would have to procure those policies and keep them in place,” Halstead told Canadian Underwriter of lenders and banks.

“They are after certainty. They want to make sure that should an incident arise during insolvency that they are not left holding the bag.”

The Orphan Well Association is a non-profit organization, funded by the oil and gas industry, to which the AER has delegated authority to decommission non-productive wells, pipelines and production facilities. OWA was a party in AER’s dispute with Grant Thornton because OWA takes on responsibility for any wells disclaimed by insolvent corporations.

More News
Related
Six-figure pain and suffering judgement against Wal-Mart Canada attracts appeal court scrutiny
How this cyber breach defendant got a six-figure cost award
Could CGL policy have to cover this dry cleaning pollution claim?
Insurers beware: Why your settlements may not be secure