Confused about whether Ontario accident benefits applies if your client has an out-of-province accident involving a dirt bike or all-terrain vehicle?

The Court of Appeal for Ontario tried to address this confusion in Benson v. Belair Insurance Company. If an off-road vehicle required insurance in Ontario, then Ontario accident benefits would apply in a different province (or in the United States), even if that same vehicle did not need auto insurance in the jurisdiction in which the accident occurred, the court says.

“The interpretive stumbling block that has challenged the courts and tribunals is the wording of section 15(1) of the Off-Road Vehicles Act,” Ontario Court of Appeal Justice Kathryn Feldman wrote in its unanimous ruling released Oct. 25. The ruling arose from two accident benefits claims disputes that the court heard together. Section 15 (1) of Ontario’s Off-Road Vehicles Act prohibits people from driving off-road vehicles unless they are insured under a motor vehicle liability policy. 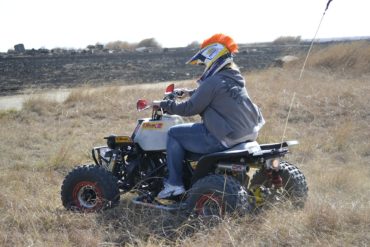 Another stumbling block is that Ontario’s Statutory Accident Benefits Schedule (SABS) does not contain a definition of “automobile.”

The two appeals shared the same central issue: does the definition of “automobile” apply differently if the accident occurs outside of Ontario instead of within Ontario?

One claim arose in 2013 when Ontario resident Austin Benson suffered a severe brain injury after falling off an all-terrain vehicle in British Columbia. The other arose in 2006 when Christopher Perneroski was riding a dirt bike on a closed track in Georgia. Perneroski sustained a severe traumatic brain injury. He now requires a wheelchair, round-the-clock care and supervision.

In Benson’s case, a three-judge Divisional Court panel ruled in favour of the insurer. That ruling is now overturned.

In Benson’s case, Belair argued that the question of whether an ATV is an “automobile” for Ontario accident benefit purposes was to be determined under the laws of British Columbia. A Financial Services Commission of Ontario (FSCO) arbitrator ruled in favour of Belair, a ruling upheld by Divisional Court but now overturned.

The Off-road Vehicles Act has provisions that apply only in Ontario, wrote Justice Feldman. However, Section 224 (1) of the Insurance Act defines automobile as “a motor vehicle required under any Act to be insured under a motor vehicle liability policy.”

“It is an error to look to a statute of another jurisdiction or to see if there is a statute in that jurisdiction that requires insurance,” Justice Feldman wrote.

This is because an “accident” under the SABS is one in which the “use or operation of an automobile” directly causes an impairment or damage. A different law, S. 224 (1) of the Insurance Act, defines automobile. When S. 224 (1) refers to “any Act,” that means an Ontario law, Feldman noted. She quoted Ontario’s Legislation Act, which defines an act in every Ontario law as an act or statute of the Legislative Assembly of Ontario.

Quoting Adams v. Pineland Amusements Ltd., released in 2007 by the Court of Appeal for Ontario, Justice Feldman said there is a three-part test for determining whether a vehicle that caused damage or injury was an automobile.

The third test applied to Benson and Perneroski.