TORONTO – A man found to have been driving drunk has been convicted even though the police officer who stopped him was looking for another suspected impaired driver. 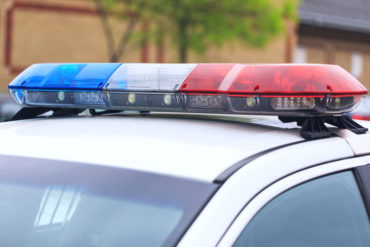 “Both the (lower court judges) erred in finding that the respondent’s Charter rights had been breached,” the Court of Appeal said in its decision. “(They) further erred in excluding both the breathalyzer readings and the respondent’s statements made at the time of the police stop from the evidence.”

The case arose one night in December 2015 when Const. Adrain Lieverse, an officer with the Treaty Three Police Service near Dryden, Ont., received a report that a specific person was driving a green pickup truck while impaired.

Lieverse went to the suspect’s home but the person wasn’t there. Back in his cruiser, the officer spotted an oncoming vehicle but could not further identify it beyond it looking to be a pickup because of the darkness. Lieverse pulled over the truck, which turned out to be red, and Gardner was behind the wheel.

According to court records, the officer asked the driver to identify himself, and said he was looking for an impaired driver. When he smelled alcohol, he asked if Gardner had been drinking and Gardner said he had been. The officer asked him to step out and gave him a breathalyzer, which Gardner failed, leading to an arrest and charge, court records show.

At trial, Gardner argued the stop was illegal. Among other things, he maintained Lieverse was conducting a criminal investigation related to a different individual and so had no grounds to pull over someone unrelated.

He also argued Lieverse should have immediately informed him of his right to speak to a lawyer, and that the officer had no reasonable reason to ask for a breathalyzer.

On further appeal to the province’s highest court, the prosecution argued Fitzpatrick made several errors in siding with Hoshizaki – a position the Appeal Court accepted.

The central issue at play, the higher court said, was the nature of the stop, which was to determine if the driver was impaired. That Lieverse stopped a vehicle different from the one reported was immaterial, the court said.

The bottom line, the Appeal Court ruled, was that the trial judge failed to understand that Lieverse’s decision to pull Gardner over flowed from his reasonable belief that a person was driving while impaired. The resulting stop was therefore legal under the provincial Highway Traffic Act because it related squarely to road safety.

The initial appeal judge compounded the errors by deferring to the trial judge’s finding the detention had been arbitrary, the court said.

“If the police stop a motorist for a criminal investigation unrelated to highway safety, then they must have an articulable cause for the stop,” the court said. “The fact that Const. Lieverse fortuitously discovered another impaired driver is irrelevant to the legal analysis.”

The Appeal Court convicted Gardner and sent the case back to Ontario court for sentencing.