FORT MCMURRAY, Alta. – Walmart Canada has been ordered to pay a $20,000 fine for selling contaminated food after a devastating wildfire in northern Alberta two years ago.

Some of the charges against Walmart included failing to dispose of food items – including candy, potato chips, beans and condiments – after the Fort McMurray fire in May 2016. 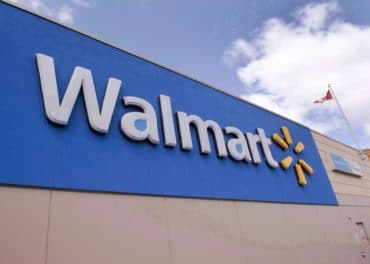 Signage at a Laval, Que., Walmart store is seen on May 3, 2016. Alberta Health Services says it has reached an agreement with Walmart Canada in a case where the retailer is accused of keeping and selling food that was potentially contaminated by the Fort McMurray wildfire. THE CANADIAN PRESS/Ryan Remiorz

An agreed statement of facts presented in Fort McMurray provincial court shows there were originally 174 charges, but that number was reduced to 10.

Walmart Canada and loss prevention manager Darren Kenyon were each fined $2,000 per offence.

Nichol says Walmart has learned from the experience and will be better able to respond in future crises.

“Food safety and the safety of our customers is our top priority,” said the statement released Monday. “As part of our commitment, Walmart has recently made a donation to the Red Cross to support ongoing disaster preparedness, relief and recovery operations.”

Crown prosecutor Ivan Bernardo said he believes the fines will deter other operators from committing a similar offence.

The huge fire forced more than 80,000 people to flee the city. Residents were not allowed to return to the damaged community until June.