AB case generates massive confusion around “but for” causation test

A recent Ontario accident benefits case has highlighted ongoing confusion about how to identify and apply the proper causation test — including the contentious “but for” clause.

The case revolves around whether the “but for” test of causation or the “material contribution” test should apply. The Supreme Court of Canada ruled in Clements v. Clements that “as a general rule, a plaintiff cannot succeed unless she shows a matter of fact that she would not have suffered the loss ‘but for’ the negligent act or acts of the defendant.” The material contribution test, in rare circumstances, considers whether the subject accident is a material contributing factor in the causation of an applicant’s impairment. 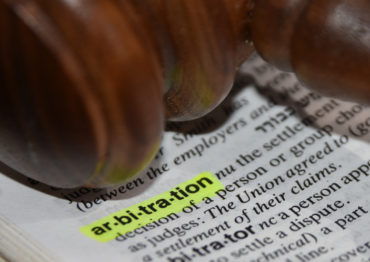 On Mar. 3, 2011, Daniel Sabadash suffered a mild traumatic brain injury in a motor vehicle accident, triggering ongoing symptoms. He had a number of pre-accident medical conditions.

Employed as a tool supply and repair shop manager, his employment was terminated seven months after the accident “because of his inability to complete the tasks expected of him,” Ontario Superior Court Justice Julie Thorburn wrote in Sabadash v. State Farm et al., released Feb. 15.

Sabadash applied for accident benefits, including income replacement benefits. State Farm took the position that he did not suffer a substantial inability to complete the essential tasks of his employment as a result of the collision and denied his request for benefits.

The matter proceeded to an arbitrator from the Financial Services Commission of Ontario, which was listed as one of two defendants in the Ontario Superior Court case (along with State Farm). The arbitrator granted the request for benefits, saying “I cannot accept State Farm’s submission that the ‘but for’ test endorsed by the courts in accident negligence cases is to be applied to a determination of the causation in the statutory accident benefit context.”

“Given the confusion in the case law, both parties seek from this court an articulation of the causation analysis to be applied in an accident benefit claim,” wrote Justice Thorburn in the Feb. 15 ruling.

Sabadash had argued that although the arbitrator mistakenly referred to the material contribution test instead of the “but for” test of causation, it is clear from his analysis and review that of the evidence that the “but for” standard was, in substance and effect, satisfied. As such, the arbitrator’s decision should be reinstated.

“I disagree,” wrote Justice Thorburn. “The director’s delegate reasonably remitted the matter for a rehearing so that the correct legal test for causation could be applied. He was correct in finding that the wrong test was articulated by the arbitrator. However, although he identified the correct ‘but for’ test, the director’s delegate did not correctly explain how the test worked.

“As such, it is appropriate to remit the issue of causation to a different arbitrator to apply the correct test to the event,” Justice Thorburn wrote, also dismissing Sabadash’s application for judicial review.

More News
Related
Regulator weighs in on disputed ridesharing claims
Ontario auto insurer’s examiner gets day in court
A driver is convicted of assault after a collision. Is the vehicle’s owner vicariously liable for the crash?
How Intact lost this battle over vehicle storage fees