A company that had its commercial building destroyed in a 2011 fire is not entitled to a $3-million payment from Intact Insurance to replace the building, because the company did not rebuild within the two-year time limit specified in a settlement agreement, the Court of Appeal for Ontario has ruled. 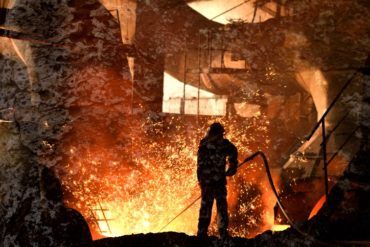 The complicated case essentially turned on whether Intact’s actions had suggested a tacit agreement to waive a two-year deadline to replace the burned building.

A motions judge initially found that Intact had waived its right to enforce the two-year deadline to rebuild because the insurer had not notified its client immediately after the deadline had expired that it would be enforcing the deadline. Instead, Intact considered — and ultimately rejected — a commercial client’s property purchase that extended beyond timelines established in 2013 and 2015 settlement agreements.

Intact appealed the decision, and the Court of Appeal for Ontario sided with the insurer. The Appeal Court ruled this month that Champion, the owner of the burned building, had waived its right to the $3-million insurance payment because it had failed to meet the terms and conditions laid out in the settlement agreements with Intact. In other words, it didn’t really matter whether Intact had entertained a property sale that extended beyond the two-year deadline, the appellate court ruled, because the deadline had passed and Champion had not rebuilt within that timeframe.

Intact’s multi-peril commercial insurance policy covered Champion for the recoverable depreciation costs of replacing the building (essentially, the difference between the destroyed building’s actual cash value at the time of the fire and the cost to replace it.) Champion was covered so long as it rebuilt with “due diligence and dispatch,” and with a building of “like kind and quality.”

But two years after the 2011 fire, the company still had not found a place to rebuild. Champion sued Intact for coverage. The two parties entered into a May 6, 2013 settlement agreement in which a 24-month deadline for rebuilding was established. It was agreed that the actual cash value of the building claim was $2.85 million and the replacement cost was $7.6 million.

After a proposed deal in Vaughan, Ont., collapsed in 2014, Champion negotiated to buy a property in Scarborough, Ont. But a building inspection revealed that the roof of the Scarborough property needed fixing.

When it became clear that the Scarborough deal would be closed a short time after the 24-month limit specified in the May 2013 settlement agreement, Intact and Champion hammered out a May 2015 agreement. In the May 2015 agreement, Intact agreed to pay $3 million for the building’s reconstruction, conditional upon Champion closing the land deal in Scarborough.

Only the Scarborough land deal collapsed. And Champion didn’t tell the insurer that directly.

In fact, the closing date of the Scarborough land deal had been extended to Nov. 17, 2015. The day before that, Champion cancelled the Scarborough agreement of purchase and sale; it demanded the return of its deposit because the required roof repairs had not been completed.

In the meantime, on Nov. 9, 2015, Champion had entered into an agreement to purchase a Pickering, Ont., property through a related company, Dynamic Holdings, for $7.4 million. The closing date of that sale was Mar. 31, 2016.

Intact learned of these developments on Nov. 27, 2015 at an examination for discovery related to Champion’s business interruption loss claim. On Dec. 4, 2015, Champion’s counsel requested to Intact that the Pickering property be treated as a replacement property.

Intact considered whether the Pickering location would be a suitable replacement. On Feb. 16, 2016, it notified Champion through counsel that, by not closing the purchase of the Scarborough property, Champion had forfeited its entitlement to the $3-million because it had not met the conditions of the settlement agreement, including the two-year deadline to rebuild. It also rejected Champion’s request to treat the Pickering property as a replacement.

Champion argued in a lower court that Intact’s willingness to consider the Pickering property, as well as its conditional acceptance of Champion’s proposed Scarborough sale despite the fact that it fell outside the two-year window, indicated that the insurer had essentially waived the 24-month deadline contained in the May 2013 settlement agreement. A motions judge agreed with Champion, saying Intact should have notified Champion right away of its intent to enforce the two-year deadline immediately upon learning that the Scarborough deal had collapsed.

Ontario’s Court of Appeal reversed that decision. It ruled that the motions judge focused too much on Intact’s late notification and not enough on the actual terms contained within the settlement agreements.

The motion judge’s reasoning “ignores the reality that forfeiture [of Intact’s $3-million settlement payment] was automatic and had already occurred,” the Appeal Court found. “The issue for Intact was not deciding whether to forfeit Champion’s right [to the $3-million settlement] or whether to waive Champion’s breach [of the two-year deadline], but solely whether to choose to accept the Pickering property as a replacement for the Scarborough despite the fact that forfeiture had already occurred.

“Put another way, Intact was effectively considering whether it should grant [Champion] relief from forfeiture. In this latter context, Intact’s actions were necessarily directed solely at that question – and the fact that it was considering whether to accept the Pickering property did not evidence an intention to do so.”