Why this religious organization wants to appeal sexual abuse lawsuit

In 2018, a jury with the Ontario Superior Court of Justice awarded about $2.5 million to Rod MacLeod, one of more than a dozen survivors of sexual abuse committed by William Hodgson Marshall, a now-deceased priest who taught at Catholic schools for more than 30 years.

One of Marshall’s co-defendants – The Basilian Fathers of Toronto – applied this past December for leave to appeal to the Supreme Court of Canada. Most of the jury award was for income loss, which is based on hypothetical events because the plaintiff was not earning income before he was assaulted. The Basilian Fathers takes issue with how the jury was instructed to calculate loss of income and factor in the probability that the plaintiff would have earned more income had the abuse not occurred.

“We expect an answer (on whether the top court will hear an appeal) by the end of March,” Chris Blom, a Miller Thomson lawyer who is representing Basilian Fathers, told Canadian Underwriter Wednesday.

Basilian Fathers wants to appeal from the October, 2019 Court of Appeal for Ontario ruling that largely upheld the 2018 jury award. Of the $2.5 million in damages, nearly two-thirds was for loss of income. Basilian Fathers is not disputing either future care costs or the $481,000 in general, aggravated and special damages. 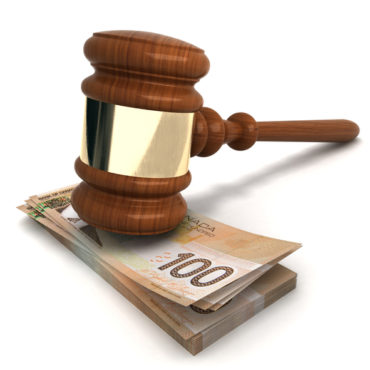 “In claims involving clergy abuse, the abuse typically takes place when the victim is young and has not established a career path, but the trial is several decades later,” Blom wrote Wednesday in an e-mail to Canadian Underwriter.

Blom was asked whether the outcome could affect other categories of personal injury lawsuits such as motor vehicle accidents or slips and falls.

“It is doubtful that the outcome will have an impact on car accident and slip and fall cases, because they are tried shortly after the incident took place,” Blom wrote, adding no insurer is involved.

As an adult, MacLeod joined the Canadian Armed Forces but left the military long before reaching retirement age. MacLeod argues in his lawsuit that he would have remained in the military longer – and therefore made more money – had he not been sexually abused as a child by Marshall.

Basilian Fathers wants to ask the Supreme Court of Canada for a new trial and have a new jury consider a test to assess loss of income, Blom said. The jury, Blom told Canadian Underwriter, should have been instructed to apply a four-part test:

In 2018, Ontario Superior Court Justice Arthur Gans told the jury to estimate the chances that a particular event or events were likely to happen or would have happened to MacLeod had the abuse not occurred. The jury was also told it could conclude that MacLeod suffered no economic loss and that his change in jobs had nothing to do with the abuse.

By way of example, Blom told Canadian Underwriter that if a jury found the plaintiff had a 50% chance of earning $1.59 million more had the abuse not occurred, then the loss of income award would have to be reduced to $794,000.

Justice Gans could have been more clear – in his charge to the jury – that damages for income loss must be commensurate with the probability that the opportunity to make a certain amount of additional money would have materialized, Justice Julie Thorburn wrote for Court of Appeal for Ontario in its unanimous ruling in 2019. But Justice Gans did not make any reversible error, she added.

“The Basilians’ counsel did not object to the [judge’s instructions to the jury] and made no submissions to the trial judge or in his closing to the jury on this issue,” wrote Justice Thorburn.

“In the case of a claim for economic loss following childhood sexual abuse, both past and future loss of income claims involve a consideration of hypothetical events because the child had not earned income prior to the assault,” Justice Thorburn wrote. “The jury must therefore determine not what did happen in the past but the chance that something would have happened, had the sexual abuse not happened in the past.”

The 2018 award is believed to be the largest civil award in Canada given to a victim of abuse on the part of a priest, the Sudbury Star reported earlier. The Marshall case was the subject of Prey, a recent documentary commissioned by TVOntario.

In a separate criminal case, Marshall was sentenced in 2011 to two years in jail after pleading guilty to 16 counts of indecent assault and one count of sexual assault involving more than a dozen victims between 1952 and 1986. MacLeod filed his lawsuit in 2012. Marshall’s Ontario teacher’s certificate was revoked in 2013 and Marshall died the following year.

In addition to Marshall and Basilian Fathers, the other named defendants were The Sudbury Catholic District School Board and The Roman Catholic Episcopal Corporation of The Diocese of Sault Ste. Marie.

Marshall started teaching in the early 1950s in Toronto. He later taught in Sudbury and Windsor. He was a principal until 1989.

When student victims revealed Marshall’s behaviour to their principal, “they were told they were either lying and/or hallucinating,” an Ontario College of Teachers discipline panel wrote in its 2013 decision revoking Marshall’s certificate. “Parents were told by the same administrator, who was also a priest and principal, that they should stop their children from spreading ‘vicious rumours.’ The parents were warned that their children were causing harm by their complaints.”