Managing liability risk includes making workplaces free from harassment for not only employees, but also for non-employees, advises Darius Delon, an independent risk consultant based in Calgary.

Lawsuits arising from harassment are one major emerging area of risk, said Delon, president of Risk Management 101. Such suits often include allegations that an organization was negligent in supervising an employee. But part of fully managing harassment risk means an organization should be looking at protecting non-employees in a workplace environment as well.

“A lot of organizations sometimes limit themselves just to their staff” when crafting policies on appropriate conduct, Delon told Canadian Underwriter Monday. This might prompt some staff to think that when dealing with people who are not actually employees, that they do not have to abide by a harassment policy that they have in the workplace.

Although many companies have a procedure to help staff who feel that they were harassed, some have no procedures at all for non-employees, Delon said, noting alleged victims are often not employees of the same organization. Some Canadian post-secondary schools, for example, where students and campus visitors fall outside the definition of school workplace employees, are “expanding the scope of where they want to go in providing a safe environment,” Delon added without mentioning names. 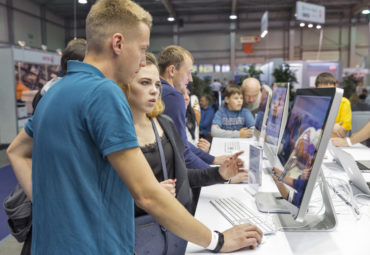 At Western University in London, Ont., the Equity and Human Rights Services department provides information and services to faculty, staff and students. Western noted that sexual harassment can entail a “pattern of repeated behaviours such as offensive jokes, comments, display of inappropriate materials, or stereotyping” and  “may also have a quid pro quo element,” or promises of awards for complying with sexual requests.

Western University notes that some forms of harassment may be based on a characteristic – such as race, ancestry, creed, sexual orientation, marital status, or disability – that is protected from discrimination under human rights laws. Some examples of “code-based harassment” at a university could include refusing to let a disabled student have extra time to complete an exam or a “series of homophobic” posts on a student’s Facebook wall.

A policy against harassment is “one aspect” of a “safer workplace,” Delon told Canadian Underwriter.

Harassment was established as a “a free-standing tort in Ontario,” employment lawyer Andrew Monkhouse wrote this past November in a blog post on CanLII Connects. That tort was established by a lawsuit by Sergeant Merrifield of the Royal Canadian Mounted Police. He alleged that the federal government, as his employer, was liable for emotional distress suffered by Merrifield while being bullied on the job.

A judge with the Ontario Superior Court of Justice awarded Merrifield more than $100,000 in damage, finding that RCMP leaders’ conduct towards Merrifield were “outrageous.”