Alberta drivers push back against no-fault

Albertans would rather stick with its at-fault auto insurance system than switch to a no-fault program, according to a new survey.

More than six in 10 Albertans (61%) surveyed told Nanos Research that they prefer at-fault over the no-fault system. A majority (54%) also said they at least somewhat don’t trust insurance companies to decide on compensation for those involved in an accident.

Nanos conducted the survey for the advocacy group FAIR Alberta, a coalition including consumers, medical professionals, injured Albertans, and members of the legal community.

FAIR is opposed to a no-fault insurance system of any kind in Alberta, while the Insurance Bureau of Canada (IBC), which represents Canada’s home, auto and business insurers, is not in favour of a pure no-fault system.

“I think the questions were asked in a very interesting way,” observed Celyeste Power, western vice president at IBC. “I noticed that, out of the options that folks were given, it wasn’t: ‘Did they put their trust in a lawyer or in an insurer?’ It was if they put their trust in the court instead of an insurer. And the very fact of the matter is, the majority of these cases don’t actually get to the courts. So it doesn’t give a realistic picture of what folks are doing.” 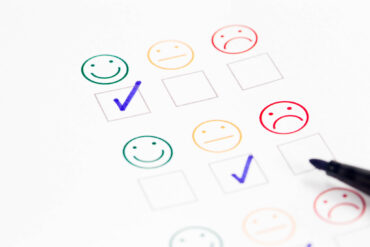 The survey also reported that 70% of residents wanted a medical professional of their choosing to make decisions about their recovery and compensation if they or a family member were injured in a collision; not one chosen by the insurance company.

“We should have healthcare professionals [and] medical practitioners in charge of care,” Power said. “We believe people should be going through the healthcare system with a program of care for the injury and to make sure they get the care that suits their needs. And they should have that, no questions asked, to make sure they recover from their injuries. So we’re completely in agreement with that and we completely understand that.”

Half of Albertans (49%) said the focus of a collision should be on finding who was at fault and holding them accountable for their actions. Just under 40% said the focus should be on providing benefits to the participants of the accident, regardless of fault.

On the question about whether respondents preferred no-fault or at-fault insurance, there was a slight difference of opinion based on age groups.

“Albertans need affordable auto insurance, accountability for drivers and insurance companies, and consumer protections to ensure the system is fair,” said Keith McLaughlin, spokesperson for FAIR Alberta. Its website is dedicated to fighting against the no-fault proposal. “No-fault is none of that, and this research shows very clearly that Alberta consumers don’t want a no-fault model that would eliminate their right to access the court system and challenge decisions made by insurance companies.”

2 Comments » for Alberta drivers push back against no-fault