There is no standard definition of “micro mobility” but it often refers to small “last-mile” modes of transportation carrying one person, said Daniel Heitlinger, financial analyst for A.M. Best at the Oldwick, N.J. ratings firm’s recent Insurance Market Briefing – Canada.

“This typically includes mopeds, community bikes, e-scooters, and other micro mobility programs,” said Heitlinger. “While the risks associated with micro mobility are not necessarily new, we believe that it will be a growing market for coverage. Specifically driving this trend is the introduction of commercial risks as companies like Bird and Lime continue to scale.” 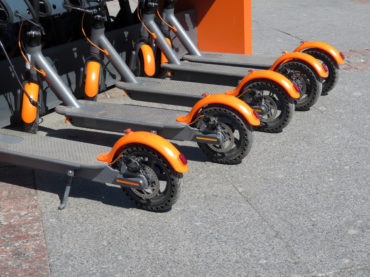 E-scooter sharing provider Bird Canada began a pilot in Toronto’s Distillery District in early September, the Toronto Sun reported at the time. Published reports indicated those scooters will not be permitted on public roads. In Ontario, E-scooters can only be operated where the Highway Traffic Act (HTA) does not apply, such as private property.

By contrast, electric bicycles are permitted on some roads and do not require auto insurance or vehicle registration. But to be considered an e-bike, the machine must meet several criteria. For example, it cannot go faster than 32 km/h, the electric motor cannot exceed 500 Watts and the weight cannot exceed 120 kilograms. It must also have a permanent manufacturer’s label in both English and French stating that the e-bike conforms to the federal definition of a power-assisted bicycle.

The federal Criminal Code definition of motor vehicle is much wider than that of the Ontario Highway Traffic Act. So e-bike riders who are drunk could be convicted of impaired driving, Justice of the Peace Donald Dudar of the Ontario Court of Justice suggested in R. v. Pizzacalla, a ruling released in 2013. In that ruling, the rider of an O2O2 Sports Cycle was acquitted of driving without insurance. A police officer had charged the rider because the pedals had been detached and the vehicle was operating under motor power.

“Regulators have really struggled to get their hands around this issue,” Heitlinger said, commenting in general and not on Ontario law or any particular case.

“E-scooters have really popped up out of nowhere and at times could be a serious hazard,” Heitlinger said at the briefing, held Sept. 13 at the Sheraton Centre in Toronto. “Right now, it’s a bit of a wild west out there. People are able to hop on and off on a whim, driving down the road or on the sidewalks at speeds of up to 50 km/h and docking really wherever.”

Some regulators have outright banned the use of micro mobility vehicles while others regulate where you can drive or how fast you can drive, he observed.

“Without proper rider etiquette in place …  there are still ample risks around this issue and while we do expect micro mobility insurance products to continue to slowly grow, the current lack of regulation and safe practices will likely hinder its growth in the near term.”

The Ontario government announced Aug. 28 it is taking comments on a proposal to allow e-scooters on a trial basis.

The proposal is to allow them on a trial basis on the road where bicycles can operate. They would be prohibited on controlled access highways

Drivers would have to be at least 16 years old and the proposed maximum operating speed would be 32 km/h. They would have to have two wheels and brakes, no pedals, no seat, a horn or bell.