Should body shops be allowed to pay referral fees to towing firms?

“It’s wrong,” Battilana said in an interview, adding it would be “unaffordable” for CSN repair centres to pay such a fee. 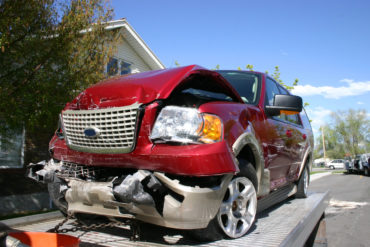 If a customer’s vehicle is towed to a CSN centre, but the customer does not wish to have their vehicle repaired by CSN, the vehicle “is released as per customer and/or insurance company direction,” Battilana said.

Ontario law requires tow truck operators to tell motorists whether or not they are getting a “financial incentive for towing a vehicle to a particular vehicle storage facility or repair shop.” But there is no prohibition on such a fee right now.

A ban on such fees “merits discussion,” Elliott Silverstein, manager of government relations at CAA South Central Ontario (which provides roadside service and writes auto insurance) said Wednesday in an interview with Canadian Underwriter. Silverstein did not go so far as to say there should actually be a ban in place.

One “has to understand what the implications are” of such a ban, Silverstein said. “I think it’s one of those things where we have to understand the entire landscape. So how does that work? Who would be prohibited from referrals? In what sense? Would there be exemptions? So, for example, I know there are insurers who have preferred body shops, preferred groups they work with. So how expansive would (a referral ban) be? It merits a conversation.”

Aviva Canada said Monday it is calling on the Ontario government to ban referral fees including, but not limited to, collision repair centres paying tow truck operators.

Aviva made that recommendation when it announced the results of an undercover investigation in which insurance fraud investigators posed as motorists whose cars were damaged in collisions.

Aviva staged 10 such scenarios. All 10 cars were deliberately damaged, but could still be driven. They were fitted with hidden cameras and taken in for repair. In nine cases, some kind of fraud happened, Aviva alleged. In at least one case, a tow truck operator allegedly billed Aviva for towing a vehicle that the consumer actually drove in to the body shop. Aviva alleges the body shop paid the towing company a referral fee.

“There are good independent operators both in the auto body shops and the towing industry,” Silverstein told Canadian Underwriter Wednesday. “You don’t want to paint it with a brush and put everybody in to account for some of these challenges. Some actors in these industries are causing these problems, more so than others, and I think this is an opportunity to address some of the problems.”

4 Comments » for Should body shops be allowed to pay referral fees to towing firms?