The federal government will probably consider legislating Canada Post employees back to work if they go on strike or are locked out, a labour lawyer told Canadian Underwriter Monday.

“I think it’s likely that the Liberals will consider” back-to-work legislation, Andrew Monkhouse, managing partner of Monkhouse Law, said in an interview.

Canada Post officials are currently in negotiations with leaders of the Canadian Union of Postal Workers, which represents about 50,000 unionized employees who are without a collective agreement. 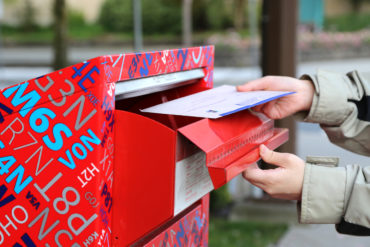 Until a collective agreement is in place, the workers could go on strike – with 72 hours notice – or the postal service could lock them out.

During a time like this, insurers “typically put in place” plans to get their mail delivered using someone other than Canada Post, said Pete Karageorgos, director of consumer and industry relations for Ontario at the Insurance Bureau of Canada.

But a Canada Post work stoppage would be less severe now than it would have been 10 to 15 years ago, Karageorgos suggested. This is because insurers, brokers and agents are relying more on electronic commerce and less on sending printed documents by regular mail.

“As we move forward, we will see the impact [of a Canada Post work stoppage] lessen even more,” he said.

A strike or lockout is not inevitable because talks are ongoing between the union and management.

From his experience advising unionized employers, Monkhouse has observed that deals can be made at the last minute.

“Strikes are often averted at the 11th hour,” said Monkhouse, whose specialties include advising employers on collective bargaining. For example, the sides might agree to binding arbitration if they are unable to come up with a collective agreement.

“Let’s say [union and management] agree to all but one or two contentious issues. The parties could then choose to put those issues to binding arbitration and have those issues determined after both sides make their best pitch to an arbitrator.”

In 2011, the federal government legislated Canada Post employees back to work. At the time, Canada Post locked the workers out after several days of rotating strikes. The Conservatives were the ruling party in 2011.

A postal strike in 1997 was also ended through back-to-work legislation, when the Liberals were in power.

If there is a work stoppage now, it would probably last a couple of weeks before the Liberals bring in back-to-work legislation, Monkhouse added.

“The Liberals are more dependent on union support than the Conservatives but less than the NDP,” he said.

The NDP, he added, could delay back-to-work legislation by more than a week through a filibuster, meaning opposition MPs spend a long time debating legislation before it comes to a vote.

9 Comments » for How a Canada Post interruption could play out