The legalization of marijuana next month leaves some key questions for commercial clients who serve alcohol.

“What if an individual comes in already smelling of marijuana and the bartender is unsure what their level of impairment is?” asked Mouna Hanna,  a Toronto-based insurance defence lawyer with Dolden Wallace Folick LLP. “At what point do you refuse service, or cut it off and ask someone to leave?”

She made her remarks last week during the Canadian Claims Summit, hosted by the Canadian Independent Adjusters’ Association in Toronto. 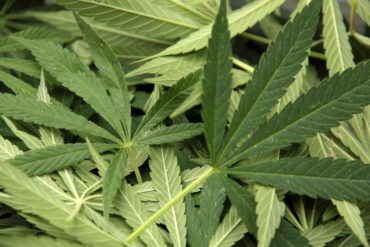 Effective October 17, possession of up to 30 grams of marijuana will no longer be illegal for recreational use. The Cannabis Act was passed into law this past June.

Also passed into law was bill C-46, which makes several changes affecting impaired driving to the Criminal Code of Canada.

Hanna noted it will now be a criminal offense for a motorist to have 5 nanograms of THC in the blood, or 2.5 ng of THC if the driver also has a blood alcohol level of .05%

Bill C-46 gives police the power to demand an oral fluid sample from drivers at the road side, however Canada still does not have a roadside THC screening device approved for use by police.

“The police can’t detect impairment. How are we going to expect a server or bartender to?” Hanna said at the summit.

Anyone who serves alcohol can be held liable for damages or injuries if that alcohol is deemed to have been a contributing factor an incident, the Insurance Bureau of Canada notes.

The liability risk is probably not going to change with the legalization of recreational marijuana, Hanna predicted.

“Based on the claims I have seen so far, from a liquor liability standpoint, bartenders and servers are already looking for signs of impairment caused by marijuana, caused by cocaine, caused by any sorts of substances, so their minds are already turned to it,” Hanna said during the summit.

“I think there is going to be a heightened response or heightened awareness that you need to be looking for it if you haven’t already,” Hanna added. “I suspect at most they will require servers and bartenders to undergo more training or to redo their smart serve but I don’t think the standard of care is going to change.”

The Canadian Medical Association notes there is “insufficient evidence on risks and benefits” of medical use of cannabis and there are “significant” risks associated with cannabis use.

More News
Related
How recreational cannabis has created numerous challenges for insurers
Legalization of marijuana calls for ‘more thorough’ risk assessment from brokers: OIAA speaker
The client that should resemble a jail
Risk appetite for marijuana ‘all over the map’