If carriers do what one insurance defence lawyer advises, your clients could get new exclusionary language in their home insurance policies as a result of cannabis legalization.

Insurers who are concerned about the risk of fire and burglary arising from cannabis grow-ops may be adding marijuana-related exclusions when renewing homeowners’ policies. 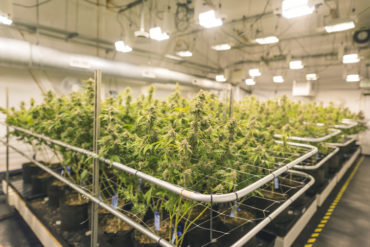 This will be significant starting Oct. 17 because marijuana will no longer be illegal for recreational use.

Among the changes with the Cannabis Act – passed into law this past June – is that people will now be allowed to grow up to four plants per household.

Home insurers have been concerned for years about consumers who grow marijuana at home because of several property risks.

“Fires are 24% more likely to occur in a home or dwelling containing a grow-op,” due in part to “high-intensity” lighting needed to grow the plants, Hanna noted.

“There is also the increased risk of burglary, vandalism, water damage, mold and the list goes on.”

One example of a marijuana exclusion in a home insurance policy can be found in Pietrangelo v. Gore Mutual Insurance Company, a coverage dispute that reached the Court of Appeal for Ontario in 2011. In 2003, Gore Mutual added in an exclusion, on its home insurance policies, for dwellings “used in whole or in part for the cultivation, harvesting, processing, manufacture, distribution or sale of marijuana or any product derived from or containing marijuana or any other substance falling within Schedule (Section 2) of the Controlled Drugs and Substances Act Narcotic Control Regulations,” Justice Edward Ducharme of the Ontario Superior Court of Justice wrote in Pietrangelo.

Pietrangelo involved a coverage dispute after a tenant caused a fire while making hash oil at home. The landlords filed a claim with Gore Mutual. Among other things, the claimants argued the exclusion was unreasonable, they did not receive letters from Gore Mutual notifying them of the new exclusion and the exclusion was ambiguous. Judges disagreed. The Ontario Superior Court of Justice ruled in favour of Gore Mutual in 2010. The claimants were unsuccessful on appeal.

The Court of Appeal for Ontario “did not hesitate to find that the wording was valid and applicable,” Hanna said Tuesday at the Claims Summit. “It’s simple language. It addresses marijuana.”

Insurers face some risks from homeowner policies remaining in force after Oct. 17 – if  occupants of those homes are growing cannabis.

This is because if an insurance policy excludes illegal drugs but not marijuana specifically, “if there is a loss related to a grow up between October 17 and the policy renewal date, you are stuck in this grey period,” Hanna said. “You can’t do anything about the policy that is existing.”

The impact of legal grow-ops on insurers is still open to question.

“Is it a big risk? Maybe, with the increase in the number of new growers,” Hanna said. “But on the other hand, is there going to be an increase in new growers now that they are allowed to? I don’t know.”