The client that should resemble a jail

Once the new cannabis regulations take effect this October, commercial brokers servicing marijuana-producing clients should ask clients what they are doing to keep their production facilities secure.

If a commercial underwriter gets an application for insurance from a cannabis grower, the insurer “will have to do the due diligence” to make sure the client is complying with federal regulations on physical security, said Richard Provost, a partner with Langlois lawyers LLP in Montreal, in an interview.

The federal government published July 11 the new regulations it brought in with the Cannabis Act, which was signed into law June 21.

Among other things, the Cannabis Act makes possession of marijuana for recreational purposes legal started October 17. 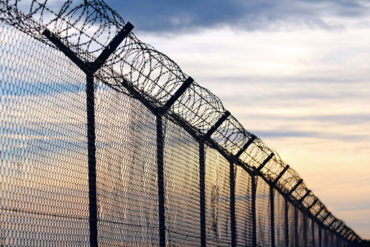 The regulations published July 11 stipulate that there will be one class of licensing each for cultivation, processing, analytical testing, sale, research and medical cannabis.

The physical security requirements “vary by licence class,” the federal government said July 11 in the Canada Gazette. Licence holders – other than those just doing analytical testing and research – “will be required to ensure that the site is designed in a manner that prevents unauthorized access,” the government states.

In some cases, the site perimeters will need to be monitored at all times.

The regulations could open the door to allowing outdoor production of cannabis, Langlois lawyers noted in a release. But if there is outdoor production, then that would only happen “to a limited extent,” predicts Provost, whose areas of practice include insurance, construction, professional and product liability.

If the government allows outdoor production, it “would probably modify the regulation to bring some new requirement on the security,” Provost told Canadian Underwriter Friday.

“The security that is called for would not cover a drone that would come from the air and steal some cannabis,” Provost warned.

“A camera along a fence or a fence could not prevent such a situation,” added Provost. “So if indeed outdoor [production] becomes the way to go or it becomes popular with a micro producer or even an individual, security would have to be enhanced.”

By micro-producer, Provost was referring to a company with a “micro-cultivation licence,” which under the new Cannabis Regulations would allow cultivation of cannabis in an area no larger than 200 square metres.

In any case, an underwriter should find out whether it is the local police or the provincial police who patrol the area. Underwriters should also find out how close the nearest police station is, Provost suggested.

“Sometimes the head of security will be a former police chief that is looking for a second career at retirement,” Provost noted.

Provost has visited three facilities at publicly-traded cannabis producers. He described those facilities as “almost like a jail,” with “employees sitting in a room 24 hours a day looking at screen and cameras that are basically going 360 degrees over everything.”

The Cannabis Regulations have 16 parts. Those regulations govern the production, distribution, sale, import and export  of dried cannabis, fresh cannabis, cannabis oil, cannabis plants and cannabis seeds. The regulations on medical cannabis will supersede – but not substantially change – the Access to Cannabis for Medical Purposes Regulations. The changes the government is making to medical marijuana regulations are meant to “improve patient access, and reduce the risk of abuse of the system,” the federal government said July 11 in the regulatory impact analysis.

More News
Related
Legalization of marijuana calls for ‘more thorough’ risk assessment from brokers: OIAA speaker
Risk appetite for marijuana ‘all over the map’
How recreational cannabis has created numerous challenges for insurers
Why marijuana legalization could impact cyber risk