In the wake of an undercover investigation that allegedly caught collision repair centres deliberately damaging vehicles, Aviva Canada is pushing for discounts for vehicle owners who agree to use an insurer’s accredited body shop.

Such a discount would require a regulatory change. Currently, an Ontario auto insurer “cannot give a discount in exchange for pre-agreement to go to an accredited body shop,” Gordon Rasbach, vice president of fraud management at Aviva Canada, said Monday in an interview. 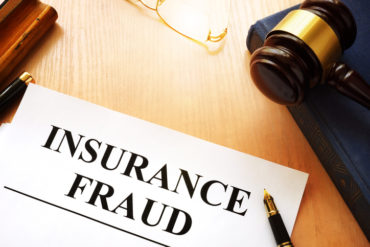 Ontario auto insurers must file rates for approval from the Financial Services Commission of Ontario, which has a narrow list of factors that insurers may use to give motorists discounts. For example, insurers may base rates on distance driven, postal code, age, sex and marital status. FSCO prohibits insurers from using many factors, such whether the vehicle was involved in a minor at-fault accident and the policyholder’s credit score (which some insurers say is a good predictor of claims severity).

Aviva said Monday the Ontario government should allow insurers to give discounts to customers who agree to use an insurer’s accredited repair network. Rasbach said Monday he first heard of the idea  in a private conversation he had with a broker.

The call for the discount comes after the results of an investigation in which Aviva placed damaged cars equipped with hidden cameras at random locations in the Toronto area to simulate collisions. All 10 cars were taken in for repair. In nine cases, fraudulent invoices were submitted, Aviva announced.

The investigation Aviva announced this week was a year-long secret operation. Experts hired by Aviva deliberately crashed and caused minor damage to those cars. The drivers were actually Aviva undercover investigators posing as hapless motorists waiting for assistance.

“We were going to go longer with the investigation and stopped it,” Rasbach said. “It just got to a point where every car was coming back with fraud.”

Some auto body shops billed for new car parts, but either installed used parts or did not replace the parts at all. Some parts that were not damaged were itemized on the final invoice as having been repaired.

The one car that did come back without fraud just happened to have been sent to an Aviva preferred garage, Rasbach said.