How this ‘gap’ in privacy law affects tow-truck operators

If your client’s vehicle is towed in Manitoba, the auto insurer will not normally tell the towing company who owns the vehicle.

“There is a gap in the [Manitoba privacy] legislation or, at a minimum, the administrative practices of the City” of Winnipeg, Judge Christopher Mainella of the Court of Appeal for Manitoba wrote in a ruling released this past Tuesday. This is because neither Manitoba Public Insurance nor a peace officer is normally allowed to tell a tow truck operator who owns the vehicle being towed even though that same peace officer can ask the tow truck operator to remove a vehicle from a parking spot. 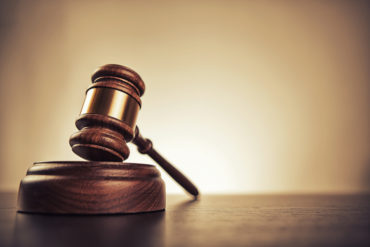 “Some reasonable accommodation by policy or lawmakers of this problem is necessary,” Mainella wrote in Kobi’s Auto Ltd. v 5174245 Manitoba Ltd. et al, which arose in November, 2014 when Sonja Pecanac’s BMW745i was towed in Winnipeg because of a parking violation.

Pecanac found out from the city that Tartan Towing was storing her vehicle. She told the court that she called to inquire about picking up her BMW but could not afford the towing and storage fee.

Tartan Towing said it tried to find the rightful owner but ultimately  auctioned off the BMW, which Pecanac leased from Kobi’s.

Officials from Manitoba Public Insurance – the government monopoly that writes auto insurance in the province – said the province’s Freedom of Information and Protection of Privacy Act makes it illegal for MPI to identify a vehicle owner to a towing company without a court order.

The towing company is also not allowed to break into an unclaimed vehicle to look at ownership documents, Judge Mainella noted.

In Tuesday’s ruling, the Court of Appeal for Manitoba overturned a Court of Queen’s Bench of Manitoba decision released Feb. 22, 2017.

Kobi’s had sued several defendants, including Pecanac and Tartan Towing.

Initially the Court of Queen’s Bench ruled that Pecanac must pay Kobi’s $26,6640 on the grounds that Pecanac was in default of her lease agreement. She did not immediately tell Kobi’s that her vehicle was being held by a towing firm and stopped making payments on the lease in April, 2015, the month the vehicle was auctioned off.

The Court of Queen’s Bench dismissed the suit against Tartan.

But the appeal court unanimously ruled Tartan did in fact fail to comply with the Garage Keeper’s Act. That law stipulates that before auctioning off a vehicle, the company storing the vehicle must give notice to both owners and to parties holding a security in that vehicle.

Specifically Tartan was sued for the “tort of conversion” which is the wrongful interference with someone else’s property.

Manitoba’s Garage Keeper’s Act stipulates two different methods by  of giving notice – one to owners and another to security holders.

Tartan Towing did not send a written notice by registered mail to Kobi’s, because the towing firm was unable to find out who actually owned the BMW.

Tartan did run BMW’s vehicle identification number through the Manitoba Personal Property Registry. Kobi’s name did not come up as the owner because Kobi’s entered the wrong VIN when it registered its interest in the BMW.

In his 2017 ruling, Judge David Kroft of the Court of Queen’s Bench ruled that Kobi’s had a right to received notice as a “secured party” but not as an owner. Therefore, he ruled, Tartan met its obligation by running the VIN through the registry.

But the appeal court countered that is “absurd” to interpret the law in a way that security holders would be entitled to get notice that their vehicles are going to be sold when the actual owners are not.

Judge Mainella noted that MPI is allowed to tell a tow operator who owns a vehicle if the tow operator decides to ask a court for permission to sell a vehicle – which Tartan did not do.

It also quashed Judge Kroft’s award against Pecanac on the grounds that Kobi’s is not entitled to double recovery.

More News
Related
How Intact lost this battle over vehicle storage fees
Why a public insurer may have to cover the liability of a suspended car owner
How this insurer detects distracted drivers
CU Total Loss Series: Bending Time