How recreational cannabis has created numerous challenges for insurers

About 25 insurers, most of whom are non-admitted, provide coverage for cannabis risks in Canada and the United States, A.M. Best reported in Cannabis: New Opportunities for Insurers, But with Burgeoning Risks, released March 12.

In 2018, the Criminal Code of Canada was changed to allow possession of marijuana for recreational use. At the same time, Bill C-46 created new criminal offences for driving while impaired by tetrahydrocannabinol (THC), the active ingredient in marijuana. 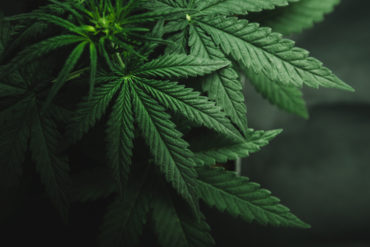 Quoting the U.S. Insurance Institute for Highway Safety, A.M. Best reported that from 2012 through 2017,  collision claims frequencies in three U.S. states (Colorado, Oregon and Washington) that had legalized marijuana were about 6% higher than the states that had not.

Cannabis is also a concern for property lines.

“Personal lines insurers may encounter heightened risk hazard levels for insureds with in-home growing facilities owing not just to theft or burglary peril, but also to complications in some cases concerning the classification of marijuana products as personal versus commercial property.”

One market for cannabis insurance includes property owners with tenants who are in the cannabis business.

For commercial property clients, there is a “significantly heightened risk profile” because of the threat of burglary and theft of cannabis.

There could also be “substantial” fire risk because commercial marijuana growing operations have complex equipment and electrical apparatus.

There is also product recall insurance, which can cover business interruption and crisis communication costs.

More News
Related
Risk appetite for marijuana ‘all over the map’
BHSI launches professional liability, network security and privacy policy in Canada
AIR Worldwide estimates insured losses of US$2-3 billion for California wildfires
Why marijuana plant value is so important for adjusters