How this province is handling autonomous vehicle testing

The Ontario government wants to expand testing of autonomous vehicles in the province.

“Our government is taking active steps to open the door for expanded testing related to connected and autonomous vehicles in Ontario,” Michael Parsa, parliamentary assistant to the minister of economic development, job creation and trade, said Tuesday of Bill 66, which was tabled this week for second reading. 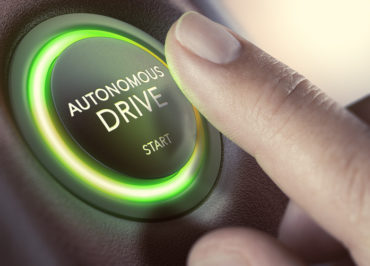 That bill has several unrelated provisions, all of which are intended to cut red tape. For example, a different provision would, if passed into law, relieve the Technical Standards and Safety Authority (TSSA) of oversight over upholstered and stuffed products like toys, allowing TSSA to concentrate on elevators, boilers and other more complex equipment.

The provincial government announced Jan. 22 that automated vehicles equipped with Society of Automotive Engineers Level 3 are no longer restricted to registered pilot participants.

Level 3, or conditional automation, means the vehicle manages most safety-critical driving functions but the driver must be ready to take control of the vehicle at all times.

There is a general consensus that Level 4 and 5 vehicles will not be commonplace until the 2030s or 2040s, Deloitte reported earlier.

Level 4 means the vehicle computer can perform all driving functions under certain conditions and Level 5 means no human driver is required. Level 2 means the vehicle can manage at least two automated tasks but the driver must remain engaged with the driving task.

In Ontario’s automated vehicle pilot, the vehicle owner is liable for at-fault collisions and participants must have $5 million in liability insurance.

“Through changes to Ontario’s Automated Vehicle Pilot Program, we will be opening the doors to new [connective vehicle/automated vehicle] testing, research and development opportunities,” Parsa said Tuesday. “We’re taking actions to support the work of the 200 companies working on AV technologies.”

The Ontario government defines autonomous vehicles as those designed to operate without a driver having to continually control steering, acceleration or braking.