The newly-elected Ontario government should let carriers change their rates without approval from the Financial Services Commission of Ontario, the president of a mutual that writes auto contends.

It “makes sense” to require insurers to file rates with FSCO “but I don’t think we should have to get approval before we can proceed with new rates and [underwriting] rules,” Louis Durocher, president and chief executive officer of Heartland Farm Mutual Inc., said Thursday in an interview.

“I am planning on going down to meet with FSCO and talk to them about the fact that we are a mutual,” Durocher told Canadian Underwriter. 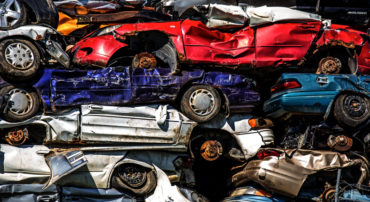 “We are not very large. We need to make sure we have adequate rates and right now we are quite far from this. I am hoping [FSCO] will be open to looking at our case and see if we can get approval for a bit more rate.”

Ontario law prohibits insurers from changing private passenger auto rates without approval from FSCO. Carriers submit proposed rate changes to FSCO, along with supporting actuarial data. The government also sets the rules on what underwriting criteria – such as territory, driver’s age and gender – can be used to set rates.

Recently FSCO approved a 5% auto rate increase for Heartland. Durocher says 5% is not high enough but it is “very difficult” to get approval for a higher increase. He was referring to the average approved rate change across all of Heartland’s auto insurance customers.

It is not easy to pinpoint exactly what rate increase Heartland requires.

“It’s a target that is moving,” Durocher said, suggesting that for insurers, loss ratios in the Ontario auto book are “getting worse as we speak.”

A major factor is the advance in vehicle technology that makes the repair cost on a late-model vehicle more expensive than it would have been for an older vehicle in the same collision.

“Our knowledge (now) of what rate increase we need may not reflect the reality just a few months from now,” said Durocher.

Heartland’s auto insurance premiums earned have increased more than 10% a year and that is because the firm has more customers. Company-wide, Heartland had net premiums written of $39.48 million in 2017, according to the 2018 Canadian Underwriter Statistical Guide.

Other companies lost customers because they increased rates, and some of those customers came to Heartland for lower rates.

When an insurer raises rates for high-risk motorists, those motorists may go to competitors looking for lower rates.

“I would suspect other companies have been able to increase rates faster than we have, so now we are getting all of that business and it’s just not sustainable,” Durocher said. “We just attract that business and you can’t turn it away, because it’s ‘take all comers’ in Ontario.”

“Take all comers” means, in essence, that no motorist can be denied insurance coverage based on risk.

Durocher does not say Ontario should ditch the ‘take all comers’ rule but does say consumers could get lower rates if the product was ‘less rich.’