Major auto coverage change now in effect in this province

Accident benefits coverage from Insurance Corporation of B.C. has more than doubled from $300 per week to $740 a week.

That is one of several changes – for claims made on or after April 1, 2019 – ICBC said last week in a release. 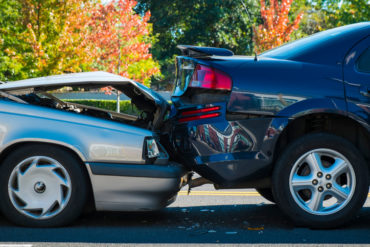 ICBC is a crown corporation that distributes auto insurance through more than 900 brokers in the province. It has a monopoly on mandatory coverage and also offers optional additional coverage (such as collision and extra liability).

Also effective today is a $5,500 limit on pain and suffering payouts for injuries that fall under the “minor injury definition,” ICBC noted.

Clients who disagree with ICBC categorizing their injuries as minor will be able to take their disputes to the province’s Civil Resolution Tribunal, starting today.

Before April 1, the CRT’s bread and butter was disputes involving strata properties and small claims disputes of less than $5,000.

“These generational changes have involved historic levels of work both inside and outside ICBC to achieve, and I am grateful to everyone involved in this important work,” B.C. Attorney General David Eby said in a release.  “We will be monitoring these changes carefully to ensure ICBC can deliver affordable, high quality car insurance to British Columbians.”

Some accident benefits limits had not been updated since 1991. For example, effective April 1, ICBC will now cover $53 per visit to a chiropractor, up from $17.35.

Increasing first-party accidents benefits – and therefore reducing the incentive to sue at-fault drivers – was one recommendation made by Ernst & Young in a report released in 2017.

“Litigated claims, including those that settle before trial, are costing ICBC significant amounts in costs, disbursements and legal fees – in 2015 this amounted to over $150 million for claims that resolved for less than $100,000,” EY said in the report, Affordable and Effective Auto Insurance – a New Road Forward for British Columbia.

So far the B.C. government has rejected calls from the industry to open auto insurance in B.C. to competition.

Instead, it has announced reforms which it says will reduce claims costs.

In February, for example, Eby that parties in auto injury lawsuits will be limited to three expert witnesses in most cases and this will generate a one-time savings of $400 million this fiscal year.

More News
Related
Impact of June Ontario auto changes ‘will be something to see going forward:’ A.M. Best
Let the private market compete in British Columbia: IBC
How this insurer fared against a drunk driver’s “regurgitation” defence
Why it’s ‘time to stop talking’ about the Marshall report