Canadian workplaces are likely to see an increase in marijuana use but the changes resulting from cannabis legalization next month will be “more evolutionary than revolutionary,” suggests a speaker scheduled to address next month’s Insurance Brokers Association of Ontario (IBAO) convention.

Medical use of marijuana will become “more normalized” after recreational cannabis becomes legal Oct. 17, Jay Rosenthal, co-founder and president Business of Cannabis, said in an interview. Rosenthal is scheduled to speak Oct. 17 during BIP Talks at the IBAO Annual Convention in Niagara Falls.

“I think we will see more insurance companies covering medical cannabis for a whole range of ailments, from long-term pain management to sleep management. This means more people might be using cannabis during the day at work.”

Marijuana legalization “will be the most talked about story that week or maybe even in all of October,” said Rosenthal, whose IBAO presentation is titled Cannabis is Legal – So What. 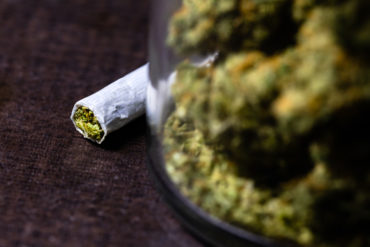 Cannabis has been legal for medical use since 1999 as a result of several court rulings, but recreational use is still prohibited for a few more weeks.

Bill C-45, which was passed into law this past June, means it will no longer be a criminal offence for people 18 years of age and older to possess and share up to 30 grams of dried cannabis. Children aged 17 and younger would be allowed to possess up to five grams with no criminal penalty.

Bill C-45 was the subject of hearings last year before the House of Commons Standing Committee on Health.

“Cannabis use or impairment in the workplace, especially in safety-sensitive positions, can pose a danger to everyone, including the person who’s impaired,” Elena Hasheminejad, a member of the Ontario Public Health Association cannabis task group, told the health committee at the time.

This poses liability risk because employers must “take every precaution reasonable in the circumstance for the protection of the worker,” wrote Norm Keith, an employment lawyer with Fasken Martineau DuMoulin, in a brief to the Commons health committee. “One mistake by a worker impaired by cannabis or other drugs may cause damage to property, injury or death.”

With the legalization of recreational marijuana, governments should give employers “clear guidance” on what policies they should have to address cannabis in the workplace, Hasheminejad told the committee.

But testing all employees for cannabis impairment is not necessarily the answer, Rosenthal said.

“If there are challenges and you want to implement drug testing to address it, that’s one thing, but [you don’t want a] sweeping new policy just because cannabis is going to be legalized. I don’t think that on October 18 there is going to be half the population coming to work impaired on cannabis.”

2 Comments » for How marijuana legalization could impact workplace risk