Canada’s ruling Liberals want to make it an offence for vehicle operators to have more than two nanograms for milliliter of tetrahydrocannabinol (THC) in their blood, but two lobby groups suggested Wednesday it should be an offence, in some circumstances, to have any detectable level of illegal drugs in the blood, saliva or breath.

With Bill C-46 –  the subject of a House of Commons committee hearing in June ‑ Attorney General Jody Wilson-Raybould  is proposing a new offence “of low levels of THC in combination with low levels of alcohol,” Wilson-Raybould said earlier. THC is the “primary psychoactive compound in cannabis,” the federal government notes.

“I am proposing that the low-level THC offence of between two and five nanograms be punishable by way of a maximum fine of $1,000,” Wilson-Raybould told the House of Commons May 19 during debate on Bill C-46. 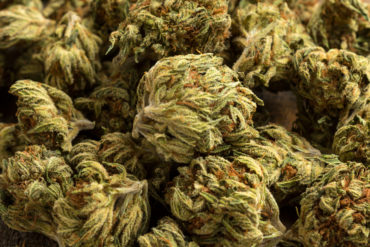 “The higher drug offence of having five nanograms of THC in the body or more and the combination offence of having a mixture of THC and alcohol in the blood would have escalating penalties that mirror the existing impaired driving penalties,” Wilson-Raybould added at the time. Those penalties are “a $1,000 fine for the first offence, 30 days’ imprisonment for the second offence, and 120 days’ imprisonment for a third or subsequent offence.”

But in a joint press release July 19, DUID Victim Voices and Smart Approaches to Marijuana Canada contended that a driver should be guilty of operating while impaired if a certain sequence of conditions occurs. The driver would be guilty, if, first, “the driver was arrested by an officer who had probable cause, based on the driver’s demeanor, behavior and observable impairment to believe that the driver was impaired,” and, second, there was “proof that the driver had any amount of an impairing substance in his/her blood, oral fluid, or breath.”

The federal government is aiming to legalize marijuana for recreational use by 2018. Bill C-45, the Cannabis Act, proposes to make it legal for people 18 years of age or older to possess up to 30 grams of dried legal cannabis or equivalent in non-dried form when in public.

“Bill C-46, the impaired driving in terms of drug impaired and alcohol impaired, is a companion piece to Bill C-45,” Wilson-Raybould said June 13 before the House of Commons Standing Committee on Justice and Human Rights. “In terms of the mandatory roadside screening, it only applies to alcohol. We are ensuring that we continue to work with the best scientists and experts in this area who are helping and providing us advice in terms of the detection of drug-impaired driving.”

Also addressing the committee was William Pentney, the federal deputy minister of justice.

“It’s equally illegal now to be behind the wheel driving impaired by alcohol, as it is to be behind the wheel impaired by a prescription drug you’re taking for medically necessary purposes completely legally and lawfully,” Pentney said at the time. “We know many over-the-counter drugs say that they could impair you. Lawful or illegal, if the substance causes impairment, you shouldn’t be driving.”

In their July 19 press release, DUID Victim Voices and Smart Approaches to Marijuana Canada said that THC is “so quickly redistributed from the blood to the brain and other organs,” that the “majority of stoned drivers arrested on suspicion of driving under the influence of drugs test below current proposed” THC blood levels would “escape” prosecution.

On June 13, federal government lawyer Greg Yost alluded to work underway by the drugs and driving committee of the Canadian Society of Forensic Science, which functions as an advisory body to the federal justice department.

“The drugs and driving committee has been examining standards used in other countries, for example, in the United Kingdom, to validate the technology and authorize drug screening devices for use,” said Yost, counsel for the justice department’s criminal law policy section, before the Commons justice and human rights committee.

“It is developing standards, looking at those to see if they’re applicable to Canada,” Yost told the committee. “That work is ongoing. We expect the report in time for us to be able to approve certain roadside screeners for use by police in Canadian conditions.”

If passed into law, Bill C-46 would also give police officers a new power, during a lawful traffic stop, to demand a “preliminary breath sample,” Wilson-Raybould said May 19. “Under current law, a police officer must have reasonable suspicion before the officer can demand a breath sample, but research shows that up to as many as 50% of drivers who are over the legal limit are able to escape detection by police.”