Brokerage owners looking for ways to reduce their tax bill could have more incentive in 2019 to max out their registered retirement savings plan, a tax expert told Canadian Underwriter.

For some family-owned businesses, there is “an added reason” for owners to contribute as much as they are allowed to their RRSPs or tax-free savings accounts in 2019 because of new corporate tax rules taking effect, said Debbie Pearl-Weinberg, executive director of tax and estate planning at the Canadian Imperial Bank of Commerce in an interview.

This is due to new federal tax rules described by one broker as the “broadest tax reform in decades.” 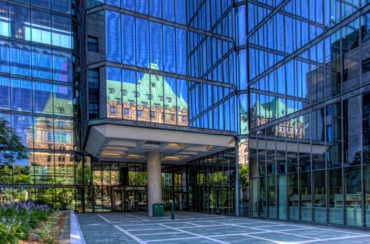 One rule affects companies with “passive income” greater than $50,000 a year. The profits that a broker generates from placing insurance is not passive income because it’s from the active part of the business. But rental income – or interest, dividends and disbursements from mutual funds – could count as passive income, Pearl-Weinberg said Thursday in an interview.

The rules are complex and vary by province. In a nutshell, some firms making more than $50,000 a year in passive business income will no longer be able to apply the small business deduction in 2019 and possibly pay thousands extra a year in corporate income tax.

You can reduce the tax payable simply by taking money out of your business, Pearl-Weinberg said. So if you own the business and have not maxed out your RRSP, then you could simply pay yourself more and put the extra money in your RRSP.

For some family-controlled incorporated businesses, “you are actually better off taking money out of your corporation and investing in the registered plan versus keeping that money in your corporation,” Pearl-Weinberg said. She was commenting on small privately-controlled incorporated firms in general and not specifically on property and casualty insurance brokerages.

But P&C insurance brokerages were among the small businesses who raised concern in 2017, when proposed rules were first released for discussion by the federal government. Finance Minister Bill Morneau is targetting business owners who hold money in their companies not to grow their firms but simply to take advantage of lower tax rates.

For brokerages, the new set of rules is the “broadest tax reform in decades,” Brooke Hunter, president and chief executive officer of Toronto-based Hunters International Insurance, told Canadian Underwriter at the time.

With the passive income rules, the effect on a small business depends on the “difference between the small business deduction rate and the general rate on active business income province by province,” Pearl-Weinberg said Thursday.

One way to ease the impact could be through an individual pension plan, CIBC advises in Canadian-controlled private corporation tax planning for passive income, a report announced Thursday.

Individual pension plans are normally set up for owner-managers and other key employees, Pearl-Weinberg said Thursday. When a company puts money into an IPP, the money is no longer an asset of the corporation but rather an asset of the pension plan. Therefore any money earned in an IPP is not counted towards passive income of the corporation, she said.

But brokers thinking of setting up IPPs need consider the cost – such as actuarial fees and ongoing maintenance – versus the benefit, Pearl-Weinberg said.

Maxing out your RRSPs and TFSAs are “quicker and easier ways to reduce the passive income in a corporation.”

More News
Related
Customers ‘highly highly irritated’ if websites too slow: CSIO speaker
One theory why Lloyd’s underwrites so much Canadian business
Navacord continues to expand its construction practice with latest partnership
“Mobile-first” insurtech may be coming to Canada