‘No desire’ for this insurer to demutualize

Two months after Economical Insurance submitted its demutualization proposal to the federal government, another federally-regulated mutual has all but completely ruled out demutualization.

There is “no desire” for demutualization at Heartland Farm Mutual Inc., Louis Durocher, Heartland’s new president and CEO, confirmed in an interview. He did not go so far as to say the firm would never demutualize. “I think we are happy to have the roots that we have and to stay a company that is a mutual.” 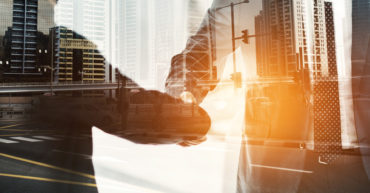 Don’t expect Heartland to be one of them any time soon.

At Heartland, demutualization is “not something that’s being talked about here by brokers, customers or the board,” Durocher told Canadian Underwriter Aug. 30. “I can’t say I was asked the question personally. I think we are happy to have the roots that we have and to stay a company that is a mutual. That’s part of our roots, that’s part of our culture and there is no desire to change this any time soon, I would say.”

So far, the only mutual insurer to take the first step toward demutualization has been Waterloo, Ont.-based Economical, which submitted this past June to the Office of the Superintendent of Financial Institutions, a proposal to convert to a stock company.

Other federally-regulated P&C mutuals include Portage La Prairie, The Kings and Saskatchewan Mutual.