The Ontario government would have the authority to make regulations mandating collision avoidance systems such as lane departure warning, in all vehicles registered starting in 2020, if a private member’s bill before the legislature is passed into law. 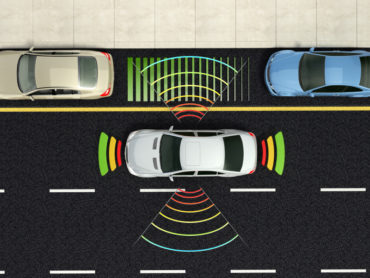 Bill 192, the Highway Traffic Amendment Act (Keep our Roads Safer through the use of Intelligent Drive Technologies), was tabled for second reading May 12 at Queen’s Park in Toronto. If passed into law, Bill 192 could lead to mandatory quick response codes on vehicles in order to let first responders access technical documents to help them extract victims.

The bill proposes to change the Highway Traffic Act “to provide the Lieutenant Governor in Council with the authority to make regulations relating to life-saving technology requirements for vehicles” Liberal MPP Harinder Takhar said April 21 when he tabled Bill 192 for first reading.

“Collision avoidance systems and intelligent drive technologies refer to technologies designed to improve safety, such as proximity sensors, physical signals and cameras that assist the driver of the motor vehicle in helping to avoid or mitigate a crash,” said Takhar, a former minister of transportation who represents the riding of Mississauga-Erindale, May 12. The bill was referred to the Standing Committee on Regulations and Private Members Bills.

“The aim of the proposed post-crash technology is not only to limit further severity of injury and suffering caused by accidents, but also to extract victims safely and quickly from vehicles for the best possible emergency medical facility,” Takhar said, adding that the installation of quick response (QR) codes “should be made mandatory to assist first responders in accessing technical information about motor vehicles quickly and to eliminate the guesswork.”

One example of a collision avoidance system is a “lane departure warning technology systems that alert the driver if the motor vehicle is drifting from its lane,” Takhar said.

“Automotive manufacturing standards come under the jurisdiction of the federal government, although Ontario does have the ability to mandate additional safety equipment or retrofits, and Ontario already has that authority,” said Monique Taylor, NDP MPP for Hamilton Mountain. “I’m not sure that this bill changes anything in that regard. It isn’t clear to me how the provincial government could implement this bill in practice, but there are a number of things that could be done to make our roads safer, things that are clearly within the province’s jurisdiction.”

“As manufacturers in my area have told me regarding the prospects of provincial steps into that traditional federal territory, it’s already difficult enough to ensure we have matching legislation between the US and Canada to allow for seamless manufacturing of vehicles in both countries,” Harris added. “Just imagine the additional burden created on manufacturers to have multiple specifications for a particular vehicle platform, depending on the province in which they wish their vehicles to be sold. Imagine the related increased costs to manufacturing due to the increased complexity, costs that would ultimately have to be absorbed or passed along to the consumer.”

Mandating collision avoidance technologies “could involve a significant impact on trade,” between Canada and the U.S., in the auto industry, suggested Randy Pettapiece, PC MPP for Perth-Wellington.

“Whether we discuss and dialogue with other provinces or with the federal government, that is what this bill is all about: starting these discussions,” said Mike Colle, Liberal MPP for Eglinton Lawrence whose previous political roles include Ontario citizenship and immigration minister, chairman of the Toronto Transit Commission and Metropolitan Toronto councillor. “Let’s not bury our heads in the sand like we did with seat belts. There were so many people who were saying, ‘I’ll never wear a seat belt. It’s against my civil rights.'”

Other examples of intelligent drive systems cited by Takhar include: front crash prevention systems intended to alert the drivers of an obstacle ahead; adaptive headlight technology systems that turn their beams according to steering input; blind spot monitoring; park-assist technologies; and pothole sensors.

“I remember how at one time only the rich could afford airbags,” Colle said. “Now I think all cars have airbags. The manufacturers can do it, but we have to encourage them. We have to work with them.”