There has been little movement on a recommendation made in 2015 that the Ontario Ministry of Transportation “consider incorporating contractor liability” if roads are not properly cleared during the winter, the province’s auditor general suggested in her 2016 annual report, released Wednesday. 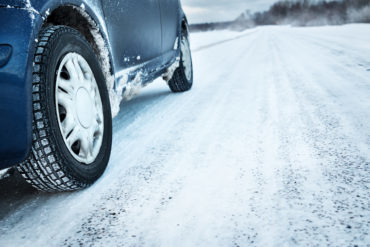 One chapter in that report is a follow-up to the 2015 special report on winter highway maintenance.

“In 2009/10, the most traveled highways in the province were cleared to achieve bare pavement, on average, in 2.1 hours after the end of a storm,” according to the 2015 special report. “This increased to an average of 4.7 hours after the end of a storm in the winter of 2013/14. Further, six of 20 contract areas did not even meet the province’s standard of clearing the most traveled highways within eight hours 90% of the time (a generous standard when compared to other jurisdictions).”

In the 2015 report, the Office of the Auditor General recommended the Ministry of Transportation when contracting out winter road maintenance, “consider incorporating contractor liability for inadequate winter highway maintenance

in performance-based contracts to the extent that is reasonable and possible.”

The provincial transportation ministry “bears the legal responsibility to maintain and keep in repair provincial highways, and bears the legal liability for failure to do so,” according to the report. “Under the government-operated road liability insurance program, primarily the Province, not contractors, may be exposed to paying damages if inadequate road maintenance is a contributing factor in vehicle collisions.”

Since the April 2015 special report was released, the transportation ministry “has met with the Risk Management and Insurance Services Branch (within the Ministry of Government and Consumer Services) to discuss material non-compliance and indemnity clauses,” according to the Auditor General’s 2016 annual report released Nov. 30. “It plans to review information from this meeting as part of the development of future contract models; however, it has done little work on this action to date.”

The 2015 special report on winter road maintenance resulted from a request from the Ontario Legislature’s Standing Committee on Public Accounts. In that report, the Office of the Auditor General staff reported that Ministry of Transportation staff said they “believed that the shift to performance-based [area maintenance contracts] in 2009 would not affect the Province’s liability risk.”

Ministry could accrue as a result of failure to provide the service,” according to the report. “Nevertheless, the deterioration in service under performance-based AMCs increases the risk of higher legal costs for the Province.”

The Office of the General reported that although the Ontario Provincial Police “identified that accidents have decreased since 2009, there have been 217 claims for damages against the Province since that same year because of vehicle accidents where inadequate winter highway maintenance was thought to be a factor,” the auditor general said in the report. “Of these claims, 23 have been settled, at a cost to the Province of $8.1 million.”