Some Criminal Code offences for marijuana possession were taken off the books effective Oct. 17. This means it is no longer a criminal offence to possess fewer than 30 grams of marijuana for non-medicinal use. 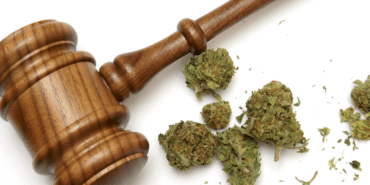 “If legalization of cannabis leads to an increase in impaired driving and more accidents, it’s likely that rates will see an increase in Canada,” LowestRates.ca warned Tuesday in a release.

It’s not the first warning of an impact from pot legalization on the auto insurance sector.

Canada’s largest property and casualty insurer, Intact Financial Corp., warned in its 2017 annual report of the risk of “higher frequency and severity of auto insured losses as a result of impaired driving.”

States in the United States which have legalized cannabis have seen some “pressure” on auto insurance claims, arising from marijuana impairment, “from a frequency standpoint,” Darren Godfrey, senior vice president of personal lines for Intact, said this past February during an earnings call.

A study by the U.S. Insurance Institute for Highway Safety “gives some insight into what could happen: it found that U.S. states that legalized cannabis have accident rates that are 5.2% higher than neighbouring states,” Lowestrates.ca said Tuesday.

In the three months ending Sept. 30, auto insurance rates were up 3.57% in Ontario, 0.24% in Alberta and 1.79% in Atlantic Canada compared to Q2, Lowestrates.ca said Tuesday.

There “hasn’t been a lot of overt public education” on cannabis and driving, Canadian Automobile Association spokesperson Ian Jack told Canadian Underwriter recently.

When the federal government legalized recreational cannabis, it created three new criminal offences for motorists caught with tetrahydrocannabinol (THC), the active ingredient in marijuana, in their blood. One is for two to five nanograms per millilitre of blood; another is for 5 ng or more; and the third is when a motorist has both a blood alcohol level of .05% or more as well as more than 2.5 ng per mL of blood.

Colorado legalized marijuana in 2014. In that state, the number of drivers who tested positive for marijuana – after fatal collisions – was 115 in 2016 – more than double the 47 in 2013, The Denver Post reported earlier in an article on an analysis of American coroner statistics.