For motorists whose driving experience is in a country other than Canada and the United States, one major insurer’s underwriting rules are about to change in one province.

Nova Scotia’s auto insurance regulator recently gave The Personal Insurance Company permission to stop recognizing driving experience outside Canada and the U.S. in determining the client’s driving record and deciding whether it will underwrite the risk.

“Clients [of The Personal] who currently receive the credit for the non-Canadian or American experience will be grandfathered and will not lose that recognition under the new rules,” wrote Nova Scotia Utility and Review Board member Jennifer Nicholson in the NSURB ruling released Aug. 14. 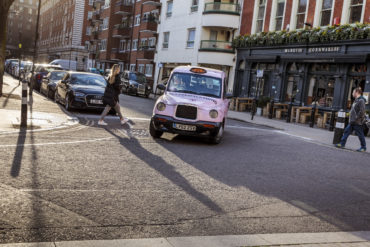 The decision approves an application by The Personal to change its underwriting rules for private passenger auto.

Under The Personal’s current rules, the insurer uses motorists’ experience driving in countries other than Canada and the U.S. The change approved Aug. 14 would bring The Personal in line with several other insurers, Nicholson noted.

“If the change were not made, risks rejected or charged higher premiums by companies that do not recognize the foreign experience may seek out [The Personal] who would recognize the foreign experience as equivalent to Canadian experience,” wrote Nicholson. If this were the case, The Personal could be under-pricing “for the additional risk if it were to attract more of this risker business than it would want to insure.”

The Personal told NSURB that driving experience in other countries may be subject to different conditions, such as driving on the left, as well as to different regulations.

In Nova Scotia, auto insurers must file their proposed rates and risk classification systems with NSURB for approval. Those filings are required every two years for private passenger auto.

In Ontario, immigrants are often frustrated because sometimes the driving system doesn’t give them credit for their driving experience, says ThinkInsure Ltd., a brokerage that places insurance in Alberta and Ontario.

ThinkInsure advises newcomers to Ontario to ask about usage-based insurance programs (through which some drivers can save up to 25%) and to take a government-approved driving course even if they already have driving experience.