This regulator’s new approach to innovation

“Because if you don’t allow people to iterate… then it’s easier for them not to come in,” Mark White, CEO of the Financial Services Regulatory Authority of Ontario (FSRA), said Oct. 1 during the Insurance Institute of Ontario’s At the Forefront event in Toronto.

FSRA assumed regulatory duties from the Financial Services Commission of Ontario and the Deposit Insurance Corporation of Ontario in June. 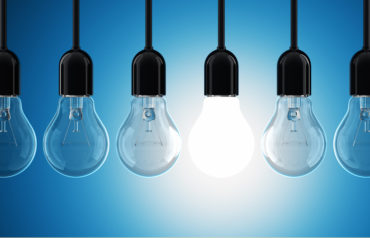 White said one of the saddest things he heard during his listening tour was from Ontario-headquartered insurers who use innovation centres in the province, but then ‘bring their new ideas to other jurisdictions because they can’t do it here as easily.’

“That to me is really sad,” White said. “We have to find a way to allow people to trial things in a flexible way and put boundaries and reporting around it so that we make sure consumers aren’t hurt.”

Preventing harm to consumers is an important consideration. When a new product service mix or distribution strategy comes in that doesn’t fit into existing regulatory boxes, FSRA’s innovation centre will try to identify if it violates any important policy principles or harms consumers.

“And if it doesn’t, then we’re going to try and find a way to support that innovation,” White said. “Regulatory structures are designed for a much more static world than exists today. What I prefer is a more dynamic process. The dynamic element is realizing that, just because we’ve done something one way for, say, three years, that doesn’t mean it’s appropriate to do it for the next year or two or three years.”

White reported the regulator is talking to lawyers now to allow innovative ideas a chance to nurture through things like action letters, forbearance agreements and trials. In extreme cases, FSRA may ask the Minister of Finance to change the law.

FSRA’s innovation strategy is part of its principles-based regulatory approach. This differs from prescriptive-based regulation, which dictates what must be done.

“A prescriptive rule for driving says you must not drive more than 90 kilometre an hour on this road,” without taking into account factors such as vehicle and weather conditions or traffic, White said by way of example. “A prescriptive regime would tell us it’s 90 km/h. A principles-based approach says we want you to drive safely and reasonably under the circumstances.”

There is a continuum, White said, but principles-based regulation “changes the rule of a regulator because we are no longer there to second-guess your judgement. We’re there to make sure you have good processes around your judgement.”

The regulator is currently at the formative stage. While every decision may not be the best, the industry will iterate to the right place, White believes.

“When I was a lawyer before, I had some people come to us and say, ‘Isn’t there a way of doing this without going to the regulator?’ I know that’s always a big temptation, but that is because the regulators are seen as a barrier rather than a facilitator. So I’m trying to change that mindset.”