Effective this Monday, Ontario police will be able to impose three-day roadside licence suspensions for drivers found to be operating vehicles while impaired by a drug or by a combination of drugs and alcohol.

The Transportation Statute Law Amendment Act (Making Ontario’s Roads Safer) – Bill 31 under the previous session of the legislature – was passed into law June 2, 2015.

Starting Oct. 2, drivers under the influence of drugs will face “an immediate licence suspension of three days for the first occurrence, seven days for the second occurrence and 30 days for the third and subsequent occurrences upon failure of a roadside sobriety test,” the province’s transportation ministry stated Wednesday in a release. 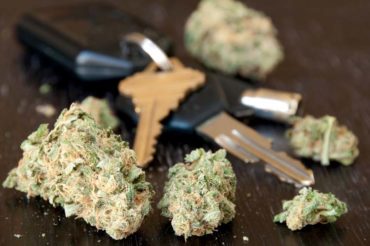 “Under impaired driving, Ontario is one of only three jurisdictions in Canada that currently has no sanctions for drug-impaired driving,” said Bob Bailey, Progressive Conservative MPP for Sarnia-Lambton, in December, 2014 during a debate on Bill 31 in the Ontario legislature.

Two new sections of the Highway Traffic Act now “mirror” the existing sections for drunk drivers, “where a person is driving a motor vehicle or operating a vessel while impaired by a drug or by a combination of a drug and alcohol.”

During legislative committee hearings on Bill 31, MPPs heard from speakers including Scott Watson, manager of government relations for Parachute – a national charity focused on injury prevention.

“I think that next frontier, in terms of impaired driving and drugs, is roadside testing,” Watson told the Standing Committee on General Government, in March, 2015, in reply to a question from Jeff Yurek, PC MPP for Elgin-Middlesex London. “I know working with our partners at MTO, there are a couple of things in the pipeline that will help our officers administer roadside tests for drug-impaired driving. I hope there’s an emphasis on that going forward, in terms of something that will stand up harder in court. Right now, this bill gives a little more discretion, in terms of determining impairedness, but I think that’s the way to go, in terms of quantifying an impaired drugged driver.”

The government stated Wednesday that in addition to immediate license suspensions, drivers under the influence of drugs also face a $180 penalty, starting Oct. 2.

The also face “a possible 90-day licence suspension and a seven-day vehicle impoundment following further testing by a drug recognition expert at a police station,” the provincial government stated.

They could also face “mandatory education or treatment programs, and installation of an ignition interlock device in their vehicle, for drivers with two or more licence suspensions involving alcohol or drugs within a 10-year period.”