The Transportation Safety Board of Canada reiterated Monday its contention that the risk of collisions on runways involving airplanes is too high.

TSB – a separate agency from Transport Canada that investigates incidents in aviation, marine, rail and pipelines – released Monday its latest watch list of key safety issues that it “need to be addressed.”

Runway incursions is one of 10 issues on the 2016 watch list. 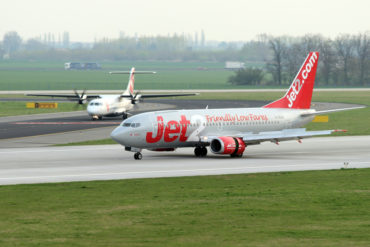 “The risk of runway incursions is too high, which could lead to a catastrophic accident,” TSB stated in a release.

Nearly 600 people were killed on March 27, 1977 after two Boeing 747s collided on a runway at Tenerife Airport in the Canary Islands, the United States National Transportation Safety Board reported earlier.

In 1983, a snow sweeper driver was killed at Joe Foss Field in Sioux Falls, South Dakota after a DC-9 hit the vehicle while landing, NTSB said at the time.

In Canada, TSB does not make findings of criminal or civil liability, but does recommend ways of reducing risk.

“Companies and authorities involved in runway incursion occurrences have reacted positively to TSB findings to that effect by communicating or modifying procedures,” TSB stated July 20 in its report to Parliament. “However, the number of these occurrences remains at approximately one per day.”

For example, on Oct. 23, 2001, an Airbus A310 was being towed on a taxiway at Toronto International Airport towards a de-icing facility on the west side of Runway 15/33.

“The north ground controller issued authorization that implicitly included clearance across Runway 15L,” TSB said in a report. At the same time, a Boeing 767 was cleared for takeoff on that runway.

The tow truck driver hauling the Airbus saw the 767 “but did not perceive it to be in motion until he was fully onto the runway and in a position where he had no alternative but to continue to cross in order to vacate the runway as quickly as possible,” TSB said in the report.

When the 767 crew saw the Airbus being towed across the they aborted the takeoff but the plane was still doing 40 knots when the tractor and Airbus cleared the runway on the taxiway crossing it.

Runway overruns is another issue on the 2016 TSB watch list released Oct. 31.

“Pilots need timely and accurate information about runway surface conditions in all seasons to calculate the distance their aircraft needs to land safely,” TSB warned. “When a runway overrun occurs during landing or a rejected take-off, it is important that an aircraft have an adequate safety area beyond the runway’s end to reduce adverse consequences. There is currently no requirement in Canada for runways to meet international standards and recommended practices for runway-end safety areas (RESAs).”

One overrun occurred Aug. 2, 2005 at Toronto International. Air France A340 was cleared to land on Runway 24L – which is about 9,000 feet long – in heavy rain. It touched down about 3,800 feet down the runway but continued at 80 knots past the end, knocking down a guard rail and stopping on the east side of a creek. All passengers and crew evacuated and most of the upper portion of the main fuselage was consumed by fire. Ten passengers and two crew members were seriously injured.

“Having made their decision to land, the crew members used all their energy to concentrate on this task and missed cues that should have warranted a review of that decision,” TSB stated in its investigation report, released Dec. 12, 2007. “The cues included the following: the runway looked like a lake; the aircraft deviated above the glide path; the landing was going to be farther down the runway than usual; the wind speed was reportedly increasing and the wind direction was changing; braking action was reported as poor; and the visibility became close to nil near the threshold.”

In the report, TSB recommended that Transport Canada “and other civil aviation authorities require crews to establish the margin of error between landing distance available and landing distance required before conducting an approach into deteriorating weather.”