Ontario’s call for standard treatment plans in auto accident benefits might well do the opposite of what was intended — increase claims disputes and provide no benefit to insurers, personal injury lawyers say.

In his Fair Auto Insurance Plan, released Dec. 5, Ontario Finance Minister Charles Sousa “basically put out a bunch of bullet points,” personal injury lawyer David Preszler said Thursday in an interview. “The devil is all in the details, and we do not know what the details are yet.”

The plan is intended to carry out some recommendations released Apr. 11 by David Marshall, who was appointed in 2015 as a special advisor to Sousa on auto reform. In his report, Fair Benefits Fairly Delivered, Marshall recommended there be “no cash settlements” in accident benefits specified in the legislation as medical and rehabilitation care. 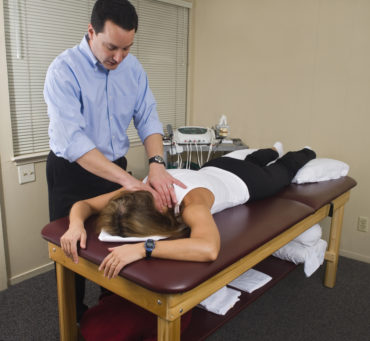 A major problem of Ontario auto is about $1.4 billion a year “is being paid for competing expert opinions, lawyers’ fees and insurer costs to defend claims – instead of going to treatment of injured parties,” wrote Marshall, who used to head up Ontario’s government-run no-fault workers’ compensation insurance program.

One of Marshall’s 35 recommendations this year was that the auto insurance regulator “move as quickly as possible to create programs of care for the most common types of automobile injuries.” In response, Ontario said Dec. 5 it will mandate “standard treatment plans for common collision injuries such as sprains, strains and whiplash.”

But depending on how this is put into practice, it could “pigeonhole” a person injured in a motor vehicle accident “and make them follow the treatment plan the government prescribes,” Preszler said.

For example, it is difficult to predict whether a person physically injured in a car accident will go onto develop chronic pain or psychological injuries, Preszler said. So, the right treatment plan would be different for a victim who develops chronic pain than for one who does not.

Even with standard treatment plans, “there are going to be disputes,” Preszler said.

In its Dec. 5 announcement, the province did not specifically commit to banning any cash settlements. But it did say standard treatment plans would “change the emphasis from cash payouts” to treating injured people.

But ending cash settlements would benefit neither accident victims nor insurance companies, Preszler predicts. Without cash settlements, insurers could end up administering a claim for decades if the victim is permanently injured.

It is “far too early to tell what impact the announced reform will have because the government was short on providing details,” personal injury lawyer Joseph Campisi told Canadian Underwriter Thursday.

But “nothing has been done to address the sufficiency of compensation for the disabled, particularly those who have suffered catastrophic injuries who will now be pushed into poverty,” Campisi said of the reforms announced Dec. 5.

More News
Related
Resisting auto accident cash settlements in Ontario could escalate disputes: Lawyer
Should accident benefits for minor injuries be optional?
Why it’s ‘time to stop talking’ about the Marshall report
What the Ontario budget says about auto insurance