Brokers need to understand both the upside and downside to a “care not cash” clause in an accident benefits policy so clients can choose an option that fits their needs, says an Ontario auto insurance expert.

The Ontario government is proposing a new “care not cash” default clause in the province’s standard auto accident benefits insurance.

“What are people giving up? Probably not a lot, as long as they are happy with the claims services of their company,” Willie Handler, principal of Willie Handler & Associates, said in an interview.  “But if they’ve never had a claim with their company before they really have no way of knowing whether or not they are going to be happy. Sometimes a cash settlement results when the claimant and the insurer are not working together very well and sometimes at that point, both sides are happy to end the relationship.” 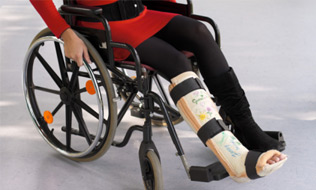 The “care-not-cash” default option was made in the province’s 2019-20 budget document, released April 11.

“My only concern is brokers they try and inform their customers what’s involved and what they are giving up,” said Handler. “People are not really interested until they have an accident and then they actually care about their coverage. That is historically how auto insurance worked, which is why historically there have been high levels of mandatory coverage.”

The government proposes to consult with industry on how to implement the proposals made in the budget. Among them are raising the compulsory catastrophic impairment coverage to $2 million from $1 million and letting insurers base rates in part on credit scores and whether or not the clients agree to use insurers’ preferred health clinics or garages in the event of a claim.

“There’s a lot of things out there in the budget document with minimal or no detail. I found a lot of it to be very interesting, but until you know what the details are, you really don’t know how it work will or whether it will work,” said Handler, who spent 20 years of his career working on auto insurance policy for the Ontario government.

What is clear is clients will have more choices in auto insurance if Progressive Conservative Finance Minister Vic Fedeli’s proposals are implemented, Handler suggested.

“The question is whether they will make informed choices and decisions that are in their best interests,” said Handler. “When compulsory coverage has been decreased, less than 2% of policyholders choose any of the optional additional coverage. They allow their coverage to decrease in order to save money with what appears to be very little thought on whether that is a good idea in their circumstances.”

The June, 2018 Ontario election brought the Progressive Conservatives to power. During the 15 years of Liberal rule, mandatory accident benefits were reduced significantly. Until 2010, Ontario motorists had to buy $172,000 in accident benefits coverage ($100,000 for medical and rehabilitation benefits and $72,000 for attendant care). Since 2016, the mandatory coverage has been $65,000 for medical, rehab and attendant care.

In 2015, former Workplace Safety and Insurance Board CEO David Marshall was commissioned by Charles Sousa, then the Liberal finance minister, to propose reforms to auto insurance. Marshall’s report, Fair Benefits Fairly Delivered, was released in 2017.

Among Marshall’s 35 recommendations were a ban on cash settlements accident benefits for medical and rehabilitation care. Marshall said in his report that accident benefits were never intended as a “cash jackpot” but that many insurers want to close out their claims by negotiating to pay clients in cash instead of providing them with accident benefits such as medical treatment and income loss benefits.