What open banking means for brokers

Brokers should see open banking as more of an opportunity than a threat, a partner with EY Canada suggests.

Open banking is a system in which consumers could consent to sharing their banking transaction data with other financial services providers, such as fintechs.

“I do not particularly think it’s a threat (to brokers or property and casualty insurers),” said Abhishek Sinha, Toronto-based national open banking leader for EY Canada, in an interview. 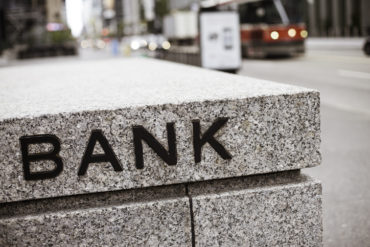 He was commenting on data portability, where consumers would share their transaction history with a third party of their choice.

The Canadian Association of Mutual Insurance Companies has expressed concern in the past about a system that would allow banks to share data with fintechs who would then in turn share that data with insurance companies.

Brokers have traditionally been concerned if anyone raised the spectre of bank selling home and auto in their branches and through their own websites.

“Data portability is a two-way street, not a one way street. Non-traditional players may be able to offer products and services that are not regulated or licenced. At the same time, the industry and the brokers have the ability to use other data to make competing offers to clients,” said Sinha.

Sinha was asked whether open banking poses a threat to broker or carriers if companies who are not traditional insurance players might be able to use the data from open banking to try to sell products that they would not have normally sold in the past. His comments were not specifically on either CAMIC’s position on open banking or banks selling insurance.

Sinha was one author of How Canada should Approach Open Banking, a report recently released by EY.

Open banking could promote innovation and competition in financial products in Canada, EY said in the report. Open banking would let financial services firms use insight from consumer data to provide targeted offers to consumers at every stage of life – such as buying a home.

It would also let “challenger banks” offer better prices to consumers through data that was previously not available to them.

Another advantage for financial institutions is the agility to get a more comprehensive view of a customer’s risk profile, EY said.

The ability to glean insight into credit risk was one topic in Open Banking: What it Means for You, a report released Wednesday by the Senate committee on banking, trade and commerce.

That committee is recommending the government introduce legislation that would “confirm the prohibition of consumer banking data for insurance underwriting purposes.”