Why off-road vehicles could get more mileage in Ontario

If you insure off-road vehicles in Ontario, some of those machines could soon be driven more frequently on the road.

Bill 107, which would ease restrictions on driving off-road vehicles on municipal roads, passed second reading and was referred Tuesday to the Standing Committee on General Government.

If passed into law, Bill 107 would change how municipalities restrict the use of off-road vehicles on municipal roads. 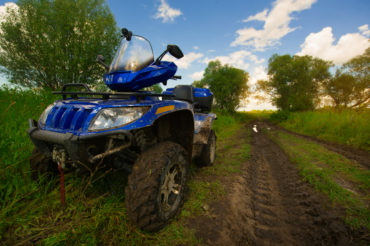 “Without this change, current rules prohibit the use of off-road vehicles on municipal roads unless the municipality passes a new bylaw to allow for their use,” said Kinga Surma, parliamentary secretary to transportation minister Jeff Yurek, during second reading of Bill 107.

“We’ve heard that this is a real inconvenience for people and a nuisance for tour operators offering excursions, so we are simplifying the rules around off-road vehicles to allow them to operate on municipal roads unless specifically prohibited,” said Surma, the Progressive Conservative MPP for the western Toronto riding of Etobicoke Centre.

Ontario’s Off-Road Vehicles Act applies to some vehicles which are propelled by something other than a human or the wind. It includes both vehicles which have three wheels or less, plus some with more than three wheels that are listed in Ontario Regulation 863.

In Ontario, off-road vehicles are generally required to have liability insurance. Some types of machinery – such as golf carts and self-propelled farming vehicles – are exempt.

The Highway Traffic Act excludes several types of vehicles – including power-assisted bicycles, motorized snow vehicle and tractors – from the definition of motor vehicle.

Some off-road vehicles have been the subject of coverage disputes.

One arose in Newfoundland from a 2006 ATV accident that left teenaged passenger Tanya Pender with major head injuries. The teenaged driver was a friend of the 13-year-old son of the Larry Hannam, who owned the ATV. Hannam was one defendant named in a personal injury lawsuit by Pender, on the grounds that as the vehicle owner, Hannam was vicariously liable by statute. Hannam’s home insurance policy (with The Dominion of Canada) had an exclusion for the ownership, use or operation of motorized vehicles, with an exception in the exclusion for vehicles “which you do not own, provided it is designed for use principally off public roads, and it is not used for business or organized racing.”

Another coverage dispute – in which judges disagreed – was over off-road vehicles arose in Ontario.

Arthur Matheson was injured in 2008 while driving his Honda TRX 200 ATV. Matheson’s ATV was rear-ended while Matheson was driving on a highway from one part of his farm to another. He did not have auto insurance on that ATV but made an accident benefits claim with Lanark Mutual Insurance Company, which insured Matheson’s personal vehicle. In Matheson et al, v. Lanark Mutual Insurance Company, the Ontario Superior Court of Justice ruled in 2013 in favour of Matheson. This was on the grounds that the Honda ATV did not require auto insurance because it was a “self-propelled implement of husbandry” – meaning it does not meet the Highway Traffic Act definition of vehicle.

But that decision was overturned by the Court of Appeal for Ontario. Quoting from Ontario Regulation 863, the appeal court said Matheson’s Honda TRX 200 is an off-road vehicle and therefore requires auto insurance.

Also listed as off-road vehicles are:

Also known as the Getting Ontario Moving Act, Bill 107 would raise penalties for driving too slowly in the left-hand lane and make it mandatory for driving instructors to have zero blood alcohol/drug concentration.

Bill 107 would also change a section of the Insurance Act that limits vicarious liability for vehicles that rent or lease out vehicles. The change would take into account ridesharing services such as Uber and Lyft.

The limit on lessor’s liability has an exception for a vehicle used as a taxicab, livery vehicle of limousine for hire. The words “unless the lessor or lessors of the motor vehicle and the lessee are dealing with each other at arm’s length” will be added to end of that clause on taxis if Bill 107 is passed into law.